3) The soul as Motivator

If for Plato the soul is imprisoned in the body, for Aristotle, the body is in the soul. Aristotle’s soul doesn’t just animate, it also has a kind of agency, moving the body towards an object of desire.

“The object of desire is the point of departure for action,” he writes in De Anima. The soul faculty is that capacity to desire, which means that all practical thought processes have termini – they are all for some purpose.

So Aristotle would be receptive to the idea of soul-sickness: the feeling of having lost touch with one’s directive soul, quite common in my experience at this time of year. Either through akrates:  “lacking command over oneself”, or the state of acting against one’s better judgement – like a Charioteer letting the black nag of desire pull the chariot only towards whiskey, mince pies, and box sets. Or through the black bile of melancholia where the Charioteer might become demoralised with, or lose sense of his journey, spending his days slumped on a mangy unwashed blanket in the back of his chariot, horses untended to, eating junk food and watching back-to-back 80s music videos on YouTube. 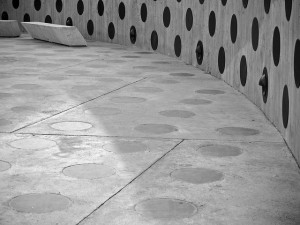 “But what then am I? A thing which thinks,” writes a 41 year old French man called René Descartes whose mother had died in childbirth 40 years before, leaving him alone, body and soul, or maybe body minus soul? 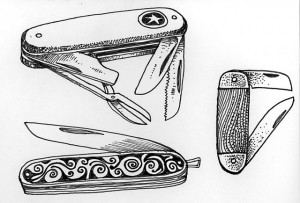 It is, in short, a kind of multi-functional, cognitive penknife. But packed with qualia-shaped tools as opposed to the usual flathead screwdriver, bottle opener, leather hole punch, nail cleaner, can opener, and, corkscrew.

And just as the Swiss Army penknife is designed to be popped into a pocket or rucksack, soul or mind (for the two are now interchangeable) is no longer tethered to the body. This means it no longer gives life to the body, and perhaps is no longer even located in a space occupied by our physical bodies. Rather, it may now reside in an external, infinitely divisible location like the worldwide web. Or a hard drive. This is because the body too, “is a kind of machine”. 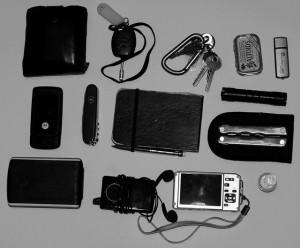 We all cognise the cogito-ergo-sum paradigm shift, but it sometimes requires some kind of narrative arc to really take on board the scale of this radical amputation, this thought cleaver dicing through dyads and dualisms which been around for thousands of years previously. This Mu-moment was transmitted to me whilst listening to an audiobook version of psychiatrist George Makari’s Soul Machine: The Invention of The Modern Mind, where Makari charts the outcome of making abstract thought the absolute foundation of being and knowledge, and so at one fell swoop, “dismissing sensitive and vegetative souls, dismissing a soul that gave life”. Instead, in its place, giving us this very straightforward and uncomplicated thing, an Occam-like razor or penknife: the soul/mind thinks. No more, no less.