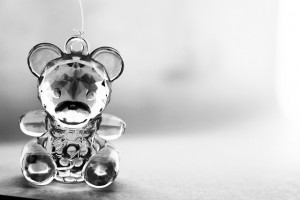 Every father once had a father. As sons we sometimes forget this.

Similarly, every guru also had his own guru, and every therapist begins their formal training as a patient. Their informal training having occurred quite often much earlier, when they were cast as caretakers or intermediaries for their parents.

Mu first came from the mouth of a man, and this man was made by other men (and women). So to understand Mu, we also need to understand Zhaozhou’s mouth, as John had to understand Robert’s, and the other mouths he descended from, both via routes of nature as well as nurture, family and literature.

We have a very scant biography of Chaou-Chou/Zhaozhou/Joshu, to give him all the names he has come to be known by. He was born in Northern China in 778 a.d., and, as Yoel Hoffman puts it in the introduction to his collection of the koans, Radical Zen, “as a child he loved solitude”.

Might we not then, I wonder, find a snapshot of Little Z in Frank O’Hara’s “Autobiographia Literaria?”

When I was a child
I played by myself in a
corner of the schoolyard
all alone.

I hated dolls and I
hated games, animals were
not friendly and birds
flew away.

If anyone was looking
for me I hid behind a
tree and cried out “I am
an orphan.”

And here I am, the
center of all beauty!
writing these poems!
Imagine!

Yoel also informs us that Zhaozhou’s parents objected to his becoming a monk. So, fast-forward ten years, and we now find him in a Lou Reed song:

Zhaozhou came from the depths of the Ghuangzong Plain,

Hitch-hiked her way down south in the pitiless rain.

Grew out her eyebrows on the way
Stopped shaving her legs and then she was a he,

This is where, in the koan literature, we first meet the spiritual orphan, looking for a master, a guru, which is to say: a different kind of parent. Not one who spends the days toiling in the fields like the yokels he’s left behind in Ghuangzong who don’t “get” his metaphysical creativity, but one who is also interested in working the soil of the soul.

He finds such a man in Master Nanquan Puyuan (aka Old Teacher Wang) “lying on his bed in his chamber” where the following conversation ensues:

Nanquan: Where have you come from?

Nanquan: Have you seen the figure of bliss?

Zhaozhou: A figure of bliss I haven’t seen, but I have seen a lying buddha.

Nanquan: [Standing] Do you have a master already?

Nanquan: Who is your master?

Zhaozhou: Although winter is past its peak, it is still very cold. May I suggest, my master, that you take good care of your body.

There is something at once flirtatious as well as confrontational, evasive, needy, but also empathic about this exchange. Hoffman points to the interview  as showing us a trait we will come to recognise strongly in Zhaozhou: “his aborrence of the abstract”.

But there is also much more going on here, much of it no doubt beyond the words in facial expressions and bodily gestures.

The conversation starts on conventional tracks, but it then veers into more idiosyncratic territory, at the point where Zhaozhou brings in his deadpan, anti-metaphorical line (“A figure of bliss I didn’t see, but I did see a lying buddha”).

Something must have passed between the two men I can only surmise, something unrecorded in text, that would then lead to the seemingly non-sequitural, but actually perfectly congruent second question: “Do you have a master already?”

What may have passed between the older man and the teenager was a kind of understanding, one based on self-identification perhaps, which could be felt immediately at that moment by the other as heartfelt appreciation.

Does not Nanquan recognise in Zhaozhou’s answer both a kind of veiled compliment, assigning him, as a lying down, flesh-and-blood buddha, but also in the allusive nature of the response, a sense that this young man might already be a (non-bio) chip off the old block? And thus also, paradoxically, an independent soul with his own take on the world?

It might have gone horribly “wrong”, which is to say non-affiliatively in the manner of a group of young punks being questioned by a parental figure in that infamous television interview from December 1976:

Grundy: Now… I want to know one thing…
Steve Jones: What?
Grundy: Are you serious, or are you just making it… trying to make it all up?

There is a potential here for the playful synchronicity we find in the Zhaozhou/Nanquan exchange.

Rotten and Vicious, unlike their names might suggest are seeking a kind playfully combative engagement, just like you Maxi when you jump on the couch, a soft toy dangling from your mouth. Ideally to engage in a dialogue that is more koan, less Kojak.

But Grundy, treats them like a supercilious, dismissive parent, forcing them into becoming slightly more one-dimensional, rotten and vicious, in order to protect themselves. Grundy refuses to join in the game, and by not joining in, or joining in the only game he knows, which is Dominant Interviewer/Parent vs. Submissive Interviewee/Child he creates a clash in which both sides simply strengthen their own position, completely missing the point of both themselves and each other.

You could say that what they are both seeking and failing to find in this interview, that which young Zhaozhou gets from Nanquan, that which maybe I have also wanted from a father figure in my life, an opportunity to safely surrender.