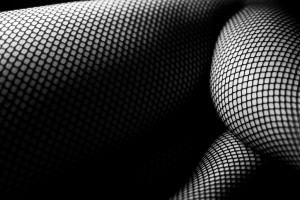 Mommy’s all right
Daddy’s all right
They just seem a little weird
Surrender, surrender
But don’t give yourself away
Hey, heeeeeey

“It has been said,” writes Emmanuel Ghent in his incredible paper Masochism, Submission, Surrender, “that there are no gurus, only disciples. The guru an illusion – an illusion which permits the disciple to yield, surrender false self, and therein have a chance at finding himself.”

Equally, one could say that there are no therapists, only patients, where the therapist works as an ally for the patient to build greater access to and reliance on their true or “core” self, which I will simply call here Self, a word which might, for future reference, also be interchangeable with soul.

This yielding or surrender requires us to see our experience as one of transcendence or liberation, rather than defeat. Transformation rather than information.

Ghent suggests that in the West, where “ego” stands in for an idea of strength, rationality, and even “self”, we are more likely to resist this kind of surrender. Whereas in the East, the psychology of amae has more of a foothold, with a greater acceptance of dependence: “the freedom to bond, rather than freedom from bondage”.

It must all start of course from our first choiceless moment of surrender, that act of faith, of trust towards an other, a not-me, towards our “transitional objects” (to use the psychoanalytic term) which we can also refer to more colloquially here by the word “parent”.

You could say that this first choiceless moment of surrender, and how it goes for us thereafter, sets the template for later, more choice-driven options.

It is the dynamic of surrender, the politics of surrender that we hear being worked out in the initial exchange between Zhaozhou and Master Nanquan. Surrender, on both sides, to a certain kind of conversation, is that which seals the deal in terms of what happens next.

For this exchange which lasted all of a minute would result in the young Zhaozhou deciding to spend the next forty years of his life in Nanquan’s monastery, and after his master’s death, setting off on a twenty year walkabout carrying nothing more than a water bottle and a walking stick. Surrender, like everything else in the realm of attachment, might find its impetus in nothing more than a few words, a glance, or a gesture. A mother’s first bonding moments with her child.

And one need not surrender to the classical objects of attachment either – parents, gurus, therapists, teachers. As Ghent points out: “The indirect object of surrender could well be a tree, the sun, God, [a dog?]…anything or anyone that will not impinge with its own “ego.” The process is what is important; the object to whom one surrenders is irrelevant.”

As long as that object, the guru, therapist, good-enough parent (our PG TIPS as I will refer to them from hereon in) refuses to argue with “ego”, or “mind”, we’ll be OK, be able to surrender in a healthy way to them.

Good enough PG TIPS don’t argue with ego knowing that all engagement at this level just reinforces the either/or conflicts of our non-core-self. We see this again and again in the koan exchanges between disciples and their masters, and also in transcripts of therapists and their patients.

Surrender is to be distinguished from submission. Submission is Surrender’s false-self, “the good girl” or “good boy” waiting patiently for a pat on the head, an abettor or accomplice to resistance, the two working together to protect us against anxiety, shame, or guilt. Surrender is instead a longing to give this all up, to “come clean”, “as part of an even more general longing to be known, recognized….[and] a corresponding wish to know and recognize the other.”

Keep in mind the following features of surrender as we further examine Nanquan’s relationship to his new disciple, Zhaozhou’s to his own spiritual progeny, as well as myself to you Max:

1.      Surrender does not necessarily require another person’s presence, except possibly as a guide.  One may surrender “in the presence of another, ” not “to another” as in the case of submission.
2.      Surrender is not a voluntary activity.  One cannot choose to surrender, though one can choose to submit.  One can provide facilitative conditions for surrender but cannot make it happen.
3.      It may be accompanied by a feeling of dread and death, and/or clarity, relief, even ecstasy.
4.      It is an experience of being “in the moment, ” totally in the present, where past and future, the two tenses that require “mind” in the sense of secondary processes, have receded from consciousness.
5.      Its ultimate direction is the discovery of one’s identity, one’s sense of self, one’s sense of wholeness, even one’s sense of unity with other living beings.  This is quite unlike submission in which the reverse happens:  one feels one’s self as a puppet in the power of another; one’s sense of identity atrophies.
6.      In surrender there is an absence of domination and control; the reverse is true in the case of submission.
8.      Resignation accompanies submission; it is heavy and lugubrious.  Acceptance can only happen with surrender.  It transcends the conditions that evoked it.  It is joyous in spirit and, like surrender, it happens; it cannot be made to happen.

Surrender is thus the primary constituent of the koan dokusan, the weekly or daily interview between student and master in Rinzai Zen training.

Let’s keep these precepts in mind as indicators of how to surrender (as opposed to submit) to Mu as we proceed through the early parenting days and weeks ahead.