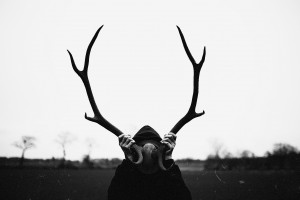 Why, you could ask, Max, am I dwelling on all of this in trying to get to the heart of Mu and my relationship as a new doggy-parent to you?

I think it’s because when we take on any new role, especially one in which we have some responsibility for the well-being of another, we become sensitized to our own experience from a more vulnerable position.

That first vulnerable risk cannot be an elected one. We can’t choose into whose arms we are to be given as utterly needy, vulnerable creatures.

As we mature, this becomes a more calculated risk, the calculation often based on the deficit experienced from that first choiceless relationship. It is in this way that we sometimes get stuck in our repetitive trauma-loops. Initially though, it’s all about the luck of the draw. “All hazard…” a Conchis catchphrase, often alluded to through the Magus:

“Because I played one day with opened windows. Because a peasant girl laughed too loud…all hazard. The world began in hazard. And will end in it.”

Three days before you entered my life, Max, I spotted the most adorable puppy in Gumtree: black, with tan paws and face, the last of the litter.

I sent a message to the owner to see if I could see the puppy and an hour later received a phone call from a gently spoken Irish fellow who explained that the little girl was part of a litter that he’d sent over to his sons who lived in London. He suggested that his son Ronan could bring the puppy over for me to have a look at her that evening.

An hour later than we’d agreed, Ronan showed up: a doughy, red-cheeked young man in jam-stained tracksuit bottoms, cradling in one hand like a furry dumbbell the small pup that he’d been “keeping in a cardboard box in my bedroom until a buyer showed”, struggling to fit in feeds between football practice and his social life.

He placed the malnourished, unkempt animal down on my lounge floor, dehydrated and dazed. The nameless creatre made a half-hearted attempt to explore the room.

I was torn between wanting to rescue her and reporting her negligent caretakers, whilst also taking on board the painful reality slap of recognition that for every puppy or child born who is showered with care and affection, dozens of other helpless beings come into situations of neglect and maltreatment, ranging from patchy parenting to outright abuse. And how is this decided? Hazard, all hazard; luck of the draw, spin of the dice.

And the hazard-wheel continues to spin as we move through our lives. The hazard of doctors, dentists, teachers, gurus, psychotherapists, lovers. Everyone into whose care we entrust ourselves, that part of ourselves which is still vulnerable, our inner child, wounded or not. So much at stake, so much hazard at play.

I know that if you gets run over by a car, or is lost on a country walk, it will probably be due to hazard rather than outright negligence. As it will for me.

I think this lies at the heart of the Magus, also at the heart of every guru-disciple exchange that we read about in the koans. Can Nicholas trust Conchis? Does Conchis have, in terms of being a good-enough parent, or caregiver, the young man’s best interests at heart. Or is he using him for his own purposes to play out a selfish, cat and mouse psychodrama of dominance and submission?

Or to put it in Emannuel Ghent’s terminology: how much “ego” is at play in the godgame, in the therapeutic hour, in the puppy training session?

Mu challenges us to radically trust each other. But Mu is also implicated when the floor of trust, the grounds of trust drop from beneath our feet, as it often does for Nicholas in the novel. As it does for many of us.