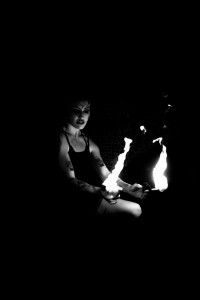 How about a specific example of Anger-Provoking Mu? One of all too many from our first weeks together.

We are in Queensbury Park, near the school end, where there has been, for the last few days,  a large, rotund turd. Expelled, by the look of it, from the arse of Rottweiler Teddy, walked by his mardy teenage owner, hood up, jowls down, who snickers in a Beavis-‘n-Butthead manner when his friends are around that Rotty Ted would make a meal of Cocker Max, were the table set for interspecies snacking.

No matter how it got there, there the turd sits, as coiled and tumescent as any cartoon depiction of feces. Every day, passing it by, Max takes an inordinate amount of interest in this turd: a prolonged period of sniffing, perhaps even the odd lick or two. Each time he does this, I pull him away from his excremental beloved, like an irate Tybalt yanking Romeo from Juliet.

For the next week, the turd does not go away. Rain or shine, it stays. On day three, parts of it have been squashed. Someone has trod on it, but being a dense, compact mass, the consistency of clay or wholewheat shortcrust pastry, more turd brownie, or turd-crabcake than its more frangible cousins, nothing and no one it seems is going to get rid of this badboy.

Except for Max, who on the 5th day, offlead, picks the turd up in his mouth, as if to consume it. As soon as he does so, I’m on my hands and knees, pleading with him to drop it. Handfuls of liver are proffered for the swap, kibble, whatever he wants at that point. Even the week-old baguette I’d pulled him away from that other park-users frustratingly drop around the park for the birds. Max has made up his mind though: Max wants turd.

So I push him over onto his back now in despairing-anger, trying to prise open his jaws, screaming, shouting, but still it looks like the turd is going down his gullet. And I’m going to watch it go down, and then later, clean up his vomit, because a 5 day-old turd lying in a park, probably isn’t the best thing for a dog’s belly, or anyone’s belly for that matter.

You might call this moment, Max and Steve Swallowing Mu, or perhaps a little more of a mouthful: Max chomping on a turd, and Steve Feeling as if He’s Being Forced to Swallow The Shit Sandwich of Mu. It is also a test of my Distress Tolerance.

Distress Tolerance, although more generally experienced as intolerance, can be described as an experiential state that is subjectively endured as either aversive or personally threatening to us in some way. The subjective facet needs to be underlined here, because what might quite literally be music to someone else’s ears (my neighbour’s enjoyment of tinny Euro-pop and Eurodance whilst barbecuing meat products on a Sunday afternoon) might for me, or Morrissey, be a form of sensory torture. Cf. Coachella, 2009, Morrissey just about to sing Some Girls Are Bigger Than Others sneering at the crowd, a disgusted grimace contorting his face:  “I can smell burning flesh and I hope to God it’s human”.

Distress Tolerance straddles the physical and emotional, including in its purview tolerance of ambiguity and uncertainty, our ability to stick with a challenging cognitive or manual task, as well as thinking about how avoidant we are of both negative emotional states (sadness, anger, anxiety), and uncomfortable physical sensations.

In the case of Max settling down to a Turd Buffet right before my eyes, the main negative emotional state I’m grappling with here is disgust, but also a fundamental clash of interests, and cultures, primal and primary differences between one species and another.

There is Man, who brings his non-shit-eating culture to the table, and then there is dog just about to tuck into a shit-stroganoff. Together we sit down to dine on difference. Accept me, says the dog, ladling an extra large helping of shit onto his plate. Never, grimaces the man, bilious, with an upset stomach. And all around them, the very same stand-off: Arabs and Jews, Hutus and Tutsis, Chechens and Russians, Greeks and Cypriots. The focus for all of us being on Mu, that thing which we can’t swallow, or feel the Other is forcing us in some way to swallow, and we can’t, we wouldn’t even know how to, but most of all, over our dead bodies we simply won’t.

So here is my furry guru, presenting me with a Distress Tolerance challenge par excellence, one in which I don’t emerge, deportment-wise, smelling of roses. What I do smell of is sulphuric acid, as if dipped in a burning lake of it. Fire and brimstone being one of the tell-tale odours of anger.

I am angry at him, for rubbing my nose, as it were in one of creaturely differences, but then at myself for not having foreseen this happening, for watching him carrying out his daily explorations without considering that at that at some point Max might want to increase his sensory exploration of the turd from superficial acquaintanceship to full-on caprophagy. Instead, preferring to presume that although we are different species, Max would want act not in his own self-interest, but mine. We expect this of humans too, parents often expect this of their children, which is why when the Shit Sandwich of Mu arrives, it smells as bad as it does, especially when being chomped down on a dinghy in the middle of a fiery lake of burning sulphur.

There is a price to pay for low Distress Tolerance, and not just in drycleaning bills, for using Anger as a the main placatory mechanism for distress. In terms of puppy or child raising, the result of angry parenting is a puppy or child who is scared of you, who inherits your anxiety and perpetual sense of dread and pessimism, paradoxically through your own dysfunctional defence mechanism. You feel distressed, overwhelmed, unable to cope, and in trying to galvanise yourself against that with anger, your dependents are then bombarded to the point of having to construct their own possibly maladaptive defences against you. It’s a pretty sorry state.