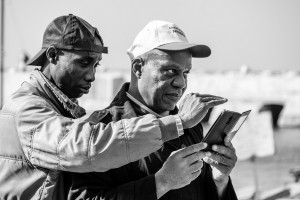 “What are stentors good for?” asks Vance Tartar as an opening salvo to his 420 page “biography” of this unicellular organism, which measures no more than a couple of millimetres in size, has zero social media presence, and probably lies outside the general ken of everyone apart from trained zoologists and geneticists.

Under the microscope, the stentor has a bit more presence: possessing the pleasing dimensions of a miniature trombone or trumpet, mainly transparent but with gold-leaf type encrustations on its surface, as if it were part of a faded 16th century fresco showing a clutch of angels taking part in a jam session.

Stentors live in lakes and ponds where they have ample access to their preferred diet of bacteria, which gets produced from decaying leaves or animal matter. They use tiny hair-like extensions called cilia covering their bodies to swim as well as feed. All their digestion, excretion, respiration and reproduction is carried out through the one cell that makes up their entire being. To put that into perspective, we  possess over 37 trillion cells in order to carry out our human functions. Stentors on the other hand are the ne plus ultra in biological minimalism.

And yet, as itsy-bitsy as their life paths are, even factoring in a certain level of anthropomorphism, stentors act on emotions, especially fear and anger, displaying behaviour that is not that dissimilar to our own in this respect.

Stentors generally get angsty and angry for the same reasons we do: when someone stands in the way of them meeting their needs, or if they feel threatened or provoked. Biologist Herbert Jennings, at the turn of last century made it his business to agitate stentors. He would do this by prodding them with a glass needle, or injecting a toxic red dye such as carmine into their water tanks. This would result in the creatures turning away from the noxious intrusion, or retracting into themselves, moving down into the tube at their base where they had attached themselves to a leaf or another small piece of debris.

Eventually, after about 15 minutes of torment, writhing this way and that, the bothered creature would eventually detach itself, a huge cost in energy for a unicellular organism, and swim away. If jostled whilst fleeing, they would briefly contract into themselves again, before swimming off in another direction. If stentors could talk, the soundtrack accompanying these experiments might sound something like this: “Ow! Ouch! Hey! Stop that! Ow! What the…! HEY! STOP IT!”. Perhaps even in time resorting to a string of angry expletives.

How different is Tony’s reaction to an advert for Tough Mudder, the 10-12 mile mud and obstacle course phenomenon, popping up as a banner ad on a website he’s perusing, to a stentor being exposed to carmine?

How different his, or any other phobic’s response to the dangerous object or situation in close proximity, the mud-fight that breaks out in a park 5 metres from where he has sat down to eat a sandwich and feed the ducks? How much more manoeuvrability does an extra 37 trillion cells give him, or you, or me? How much more behavioural legroom when it comes to dealing with threats and obstructions?

Like the stentor, first of all he might grumble, then maybe move away a little, change channels if the intrusion is media-based, click to another screen. But if hindered in doing this, he, and we, will resist, repel, or altercate; the inner Hulk or Hyde bursting out of the thin skeins of civility. These are our angry and peevish shadows which seems to stand at times in such stark contrast to the almost obsequiously congenial self we sometimes present to the world. In this sense, even a few billion transformations down the evolutionary line, and trillions of cells richer, we and the stentor are one. Anger is more often than not our primary Protector, or Manager. Emotionally, and for the Stentor, physically, it keeps us safe.