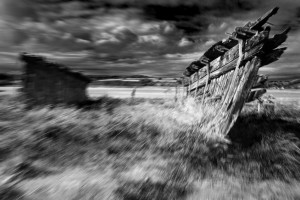 I’d forgotten about the Incredible Hulk, until discovering my own tumultuous fuming “monster” being mobilised whenever Max disobeyed my intentions for him.

Hulk, the green, muscle-laden golem of frustration and anger, curiously vulnerable in his tattered trousers and unshod feet, jumping or racing great distances over all sorts of terrain  to avoid harm, or fight off threats, roaring and bellowing with wounded anger.

I sit down, 35 years after it was broadcast to rewatch the pilot episode where Hulk’s raison-d’etre is laid out for us in the opening scenes: a vaseline-lens flashback to a traumatic episode in the life of scientist David Banner, and a car accident in which the love of his wife, Laura, is trapped in the overturned vehicle whilst he tries in vain to rescue her.

Ten months later we find him channeling his loss and despair into his work on a research project attempting to understand how under moments of intense stress, certain individuals are able to tap into reservoirs of almost superhuman strength. We watch him interviewing a woman, still bearing disfigured patches of skin on her face, who relates an uncannily similar scenario to Banner’s recent trauma. Her son had become locked in an overturned vehicle, she desperately needed to free him before the fuel-tank blew. Unlike Banner however, she was able to tap into a her preternatural protector’s strength to do this, and in relating her triumph only highlight the shame and mortification he feels in having failed to do this for his wife.

What follows is some cod-science suggesting that high levels of gamma radiation in the atmosphere along with high levels of personal stress catalyse in the individual to allow them to carry out physiological feats that they would be incapable of achieving in a resting state. Banner decides to give himself a dose of gamma rays to make him more susceptible to this effect. And it works, perhaps all too well, as we see in the first transformation into Hulk: Banner attempting to change a car tire in the rain and becoming increasingly frustrated by the slippery impediments at hand. Hulk let’s rip.

Splitting, dissociative identity disorders, demonic possession, doppelgangers, alter-egos, true and false selves – all of these terms perhap describe a simple existential truth, which is that we are never a monolithic self, but rather a fluctuating, environmentally and developmentally influenced series of selves, each with its own set of motivations and relationship to other parts of us.

The genius of the Hulk myth is that it made this idea concrete for a new generation, a notion that can be found in the earliest myths and stories of our species,  one which had last been given a populist injection in the Victorian era with novels like Robert Louis Stevenson’s Jeckyll and Hyde (1886), Dostoevsky’s The Double (1846), and Edgar Allen Poe’s short story William Wilson (1839).

Often, the insight into our dualistic nature is  rendered as purely linguistic or metaphorica onel: “A part of me is fine with that decision,” we might find ourselves thinking or saying in response to a situation, “but another part is upset and angry.” Or: part of me feels that I ought to do this, but another part doesn’t want to.

When Banner turns into The Hulk, we get to witness how a reasonable, rational, quietly introverted individual (maybe even someone like us?) might become an entirely separate entity, embodied by someone who not only acts in opposition to how we behave when calm, but even looks different, has mannerisms and expressions which we wouldn’t use.

This reification of our metaphorical dualism helps us to understand how we all might have a kind of “core self”, displaying the qualities we’d associate with someone in a healthy adult mode (compassion, clarity, creativity, care, confidence) and alongside that, other parts. 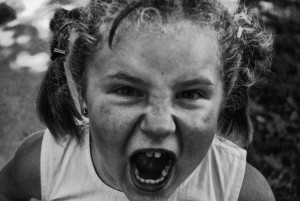 Such as a vulnerable, child-like entity that experiences intense feelings of fear and frustration, of loss, sadness, or hurt. As well as, or perhaps in response to the needs of our vulnerable child, empathy-deficient, angry selves, working as Protector, and Managers for our inner childen. These might step in alongside, or even hijack our core self in order to deal with situations that they feel the rational and kind Bruce Banner-like adult might not have the skills to manage.  We all have some version of this Angry Protector, or Manager, or Hulk. Our very own irreproachable Superhero.

In the television series, Hulk, and thus Anger, are portrayed as an essentially benign forces. Although those around him fear Hulk, his role is a protective and justice-squaring one, his anger even if somewhat messy and ham-fisted, always righteous rather than malicious.

Some 40 years before I ever tuned into the show on a television set in one of the newbuilds of a suburb called Northmead, in Benoni, a small town just outside Johannesburg, the psychologist John Dollard would lay the groundwork for this mechanism of Hulk-like Protective Anger. He called it his Frustration-Aggression Displacement Theory, the idea being that aggression is generally the result of some form of frustration, where an organism or individual is blocked from attaining their goal, whether it be tragically in the case of Banner being unable to get a car-door open while his wife Laura is dying inside the overturned vehicle, or in the relative  banalities of domestic frustration: getting the lid open on a jar of peanut butter, feeling unsupported by our partners during run-ins with our in-laws, struggling to change a slippery tyre in the rain.

If we are frustrated or blocked in some way from achieving our goal, a feeling of pent-up energy is experienced from which we seek release. Aggression (Hulk) is thus the instrument, or dramatic force for discharging this pent-up energy, and so acts as a means for getting us closer to our goal.

A reading of the Hulk myth as presented in the Marvel comics rather than the somewhat smoothed out TV version, reveals also a great deal of developmental trauma in Banner’s backstory. His father, Brian Banner, also a scientist, was an alcoholic, a man who didn’t want children, possibly for narcissistic reasons, but also believing his son would inherit his “monster” gene. He would also use this as an excuse when beating the the boy as well as his wife Rebecca. One day, with mother and son, trying to escape from the the unrelenting domestic violence, the situation takes a more explicitly tragic turn and Bruce’s father kills his wife in front of their son by smashing her head against the pavement.

And so the dramatic seeds for Bruce’s inner Hulk are sown.