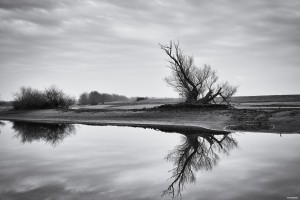 Anyone who has struggled with an Angry part of themselves, will be able to point to a time where they had a wake up call, where they recognised that in response to Mu, and the Angry Protector it invoked, something terrible happened which was seriously out of sync with one’s core values.

My wake up calls with regard to Max came in the form of two episodes. Let’s call the first: Chekhov’s Log and the second The Cower.

There is a dramatic principle known as Chekhov’s gun, laid out in a letter Anton Chekhov wrote to his friend Aleksandr Semenowich Gruzinsky in 1880, in which he says: “Never place a loaded rifle on the stage if it isn’t going to go off. It’s wrong to make promises you don’t mean to keep.”

There is also a larger, perhaps more universal contract we make with the universe regarding our actions and the feedback we receive from them, which I discovered in the first few months of morning workouts with Max. This would involve us doing a lap or two, with Max on his washing-line “training lead”, followed by me doing some stretches in the basketball court, giving him a rest, as one isn’t supposed to push puppies too hard in the first few months while their joints and bones are still developing.

In the space where we do this, there is a log, about the size of a circus dwarf, but the weight of an elephant. I sometimes use the log as an anchor onto which I attach his lead.

For the last few days, someone has been placing the log upright, creating an aesthetically pleasing, but somewhat precariously balanced sculptural feature in the middle of the court, necessitating me to tie the lead to the wire fence instead.

This is the loaded rifle. Take note.

On the occasion in question, Max was whining while I did my stretches and mini-laps of the basketball court. He whined because someone in the nearby field was playing football and he wanted to join in. He whined because the grumpy Labrador Marty was barking in the distance and he wanted to run over and say hello. He whined because I’d given him some time off-lead, and now I was holding him back. The whining was consistent, insistent, with each whine striking at the neuronic wiring of my limbic system as a low-level buzzing threat, like the drip-drip-drip of water torture. Even though he was the captive one, and I was physically “free”, the whines felt commandeering, confining, a demand to set him free.

But hadn’t I learnt from the parenting I’d received that to reward behaviour you don’t want by giving into it, is to increase its occurrence? As parents our job is to nip rebellion in the bud, is it not? Exterminate and quash all the little no’s of infantile dissent with our big, decisive, Mus? This is training, this is socialisation, right?

But sometimes there can be a price to pay for this kind of training, particularly if applied through the haze of anger and frustration. Which might look like this. Me jogging back to unhook him from the fence, then racing around the basketball court in red-hot rage, trying to outpace his whines, his nos, drive them out of him with a kind of hot, desperate punitive urgency.

And this is how, with me unhinged, in Hulk-mode, Max gets entangled in the standing log, all 250 kilos of it; which leads to me trying to untangle him, yanking at the lead; which leads to the tree-slab falling ever so quickly, quicker than the blow of a hammer or a bullet exiting the chamber of a rifle, falling directly over a writhing puppy being dragged into its plunge by his angry owner.

It misses him by inches.

If this were a short story and I a short story writer, I might, omnipotently, make that tree trunk fall on the angry man’s dog, killing the beloved pet, or at the very least seriously injuring the puppy, to show, with punitive force to his owner, one outcome of living an angry life. And I would be justified in doing so you might argue. But thanks to there being no God, authorial or otherwise, Max’s brush with death over the next few months are not from any failure of emotional regulation on my part, but rather from him eating and drinking verboten substances (bleach, chocolate, a strip of Vitamin D pills), or getting a grass seed in his paw which goes untreated for a while, or picking up a virus at the vets after his neutering.

Be that as it may, even though the run-in with the log ends benignly, this near-miss experience of it is not lost on me. You might say that it rings the first warning bell in its call for me to reassess my use of anger as a coping strategy. 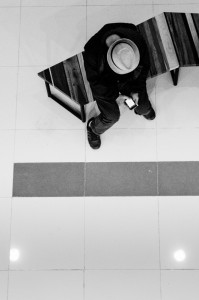 The second is less a bell than a vision of vulnerability which chastens and mitigates my angry heart.

I am castigating this little dog, for something I can no longer remember now. Maybe he squirmed excessively whilst I was trying to dry him off. Or maybe he’d been expressing some resource guarding behaviour, jumping forwards to get at a banana skin he’d brought in from his walk which I was trying to remove.

Whatever he did startled me, and so I responded in anger to, striking out at his muzzle. To which Max responded with the dog-equivalent of lying on the floor after having stubbed one’s toe, pain shooting through the injured part of your body, clutching at the hurt. In his case: a tiny paw reaching for the pain, eyes squeezed shut in subjugation.

The sight of him breaks my heart, draining all anger from me in an instant. What am I doing?

Anger is not working. Something has to change.