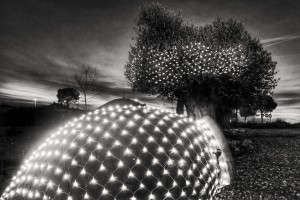 So what are these strategies and tools?

Well, again and again, Zen teachers like Zhaozhou (although this also stretches right back to the original practice of Shakyamuni buddha) come back to the importance of staying with the body, with the physical tangibility of our experience when the Hulk is threatening to possess us.

If you travelled back in a time machine and explained your predicament, he would probably tell you to watch out for the Hulk, that’s to say, try and employ a kind of proprioceptive watchfulness, watching from the inside out, as anger and other strong emotions often herald their arrival in the body, long before we become consciously aware of them.

Get to know what most frustrates the Hulk, and intervene as soon as the first few bars of the weird, atonal music heralding his arrival begins to play, as you or Bruce Banner’s eyes cloud over in a red-green mist, as the volume and magnitude of anger begins to press from within against your skin and even the clothing that covers it, threatening to bust out.

Inhale, taking a deep belly breath, in which you can see your abdomen rise as you allow the incoming air deep into your lungs by lowering your diaphragm. As you inhale, match the duration of the breath with  an even number of  Mu’s intoned in your head, maybe four to six (“Mu-Mu-Mu-Mu”)

Pause for a single count. (“Muuuuu.”)

Slowly exhale, again counting off an even number of Mu’s. This time try extending the out breath just a little bit longer than the inbreath (“Mu-Mu-Mu-Muuuuuuu”).

As you finish exhaling, say “one” to yourself.

Repeat, and keep going until you reach ten or twelve, or however long it takes to contain the flames of anger.

Another way to do this is to have your both hands clasped as angry fists resting on your knees, and when you finish a full round of inhalation-exhalation, extend one finger to mark the moment.

You will know when you’re done when both hands are open, all fingers extended. 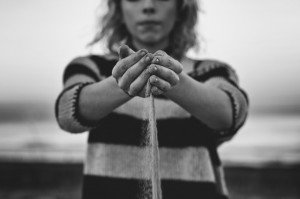 The reason for why the simple repetition of a deep inbreath followed by an extended outbreath works so effectively, is that it switches on our the parasympathetic system, which might be seen as the calming soothing de-activator of the autonomic nervous system, a way for us to communicate to our inner Hulks the following message: “Hey buddy, it’s OK. You’re not in danger. You’re not being inextricably hindered or stymied. Just take a moment to regroup and find your footing again. Everything’s going to be fine.”

This is how smoking works too. The nicotine, tar, carbon monoxide, formaldehyde, ammonia, hydrogen cyanide, arsenic, and DDT in cigarette smoke is just a toxic cover up for the fact that in a moment of anxiety and stress, we turn to breathing deeply for a few minutes as the primary means in which to mentally and physically stabilise and calm ourselves.

Surely there’s more to it than just that, you might say. There has to be a better system for treating anger other than just noticing it setting up camp in one’s body and then breathing it away? Got to be a bigger set of guns than this! 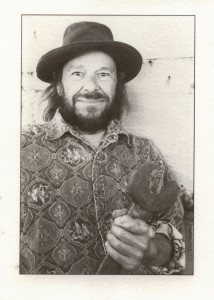 You might argue that breathing deeply might be expected from a grumpy Chinese monk back in the 8th century, but twelve hundred years down the line, with all this scientific research under our belts, how can breathing still be the best option? Surely a  therapist specialised in treating anxiety disorders, practising from Harley Street, with two-hundred-pound-an-hour fees, with academic book-laden shelves, their PhDs and PsyDs and MSc/PgDip/PgCerts in Cognitive Behavioural Psychotherapy is giving their patients more than just breathing!

But no, breathing still does the trick, hundreds if not thousands of years later.

So go back to the instructions, as I did, the other day, tense and ornery, and actually do the ten to twelve Mu-breaths, and then compare how you felt before the paced breathing and after it.

Don’t let your mind tell you it isn’t big enough, shiny enough, clever enough. Try it. Breath the mu in, and breath the mu out, and see what happens when you do.

Another approach that also works for me is to see if I can generate some kind compassion for whoever the Hulk is about to tear into strips. As Naomi Shihab Nye says in her poem Kindness:

Before you learn the tender gravity of kindness
you must travel where the Indian in a white poncho
lies dead by the side of the road.
You must see how this could be you,
how he too was someone
who journeyed through the night with plans
and the simple breath that kept him alive.

With Max this often takes the form of reminding myself that he is not being naughty, or ungrateful, or difficult, but rather that he is being a puppy. And puppies are energetic, curious, unaware how to act in human society, overexcitable, and low on impulse control. 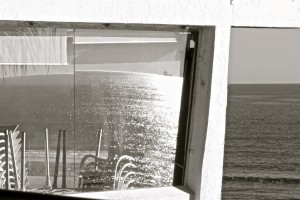 Does this kind of self-talk “work”?

Does it keep my personal Hulk untriggered?

Does Hulk beat or mistreat Max when triggered?

So you and Hulk have found a way to make sense of, and withstand each other?

We’re getting there. I hope.