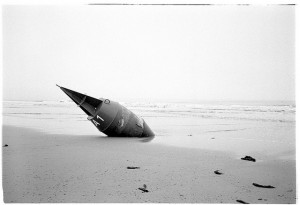 It all takes place in one room, let’s call it a restaurant, where men and women come each night and sit facing each other across a table so as to have, freely-associative, quasi interview-like conversations with each other whilst eating rich and calorific food.

These conversations, although a hundred times longer than that which occurred between Zhaozhou and the pilgrim, have some of the riddling, even confounding quality of a koan, a sense of individuals putting everything of themselves on the line, even if often under the heavily masked veil of language, deflecting the spiritual quest into a category such as “a chat”, “a meal”, or maybe just another piece of slickly packaged reality television.

Take Hugo, a 25 year old of dashing good looks and a wit that might be described by his Charterhouse pals as rapier-like. Hugo visits the First Dates restaurant twice, over two episodes, and both times woos and charms the young lady that the TV producers hopes will be to his liking.

There appears to be a great deal of mutual interest on both occasions, but when we finally cut to the segment where the couple are asked to park their eating-drinking-flirting selves at the door and give some indication of their true feelings, Hugo delivers both times a kind of pull-the-carpet-out Mu move.

Both times, his dates reveal that they are indeed as interested and charmed by  Hugo as it would have appeared to our vicarious, bystanding eyes. And each time, Hugo admits that it was fun, it was pleasant, but not really A-OK, not unequalled, not perfect. And why settle for less?

Dazed, they nod in a kind of befuddled assent, and wonder how they misread the signs. They are not privy, as we are, to the one moment in a pre-recorded interview where Hugo does show some vulnerability, mentioning that he was overweight and picked on as a teenager. Maybe this is his way to get back at the world, at those women who overlooked him then, by rejecting them now. Or maybe he can only be with someone who gets her “no” in first, who he then has to work extra hard to win over, now that he can do that, and finally prove to teenage Hugo that no is not always decimating.

Mu can feel that way though, even if, in its briefness, appearing like the tip of the iceberg, the sharp end of the dagger which sinks into your entrails. Behind that, foundational to that, so much besides, hidden, in the hand that clasps the handle.

And what of Thomas, a sweet looking, slightly jug-eared man in his late 50s (I notice the jug ears as I have them too), who grew up in Germany but came to the UK at the age of 18 after having got all his teeth knocked out of his face by a group of homophobes wielding baseball bats. Thomas, who yearns and burns for a partner, and maybe a family, who would love to care for a husband and whatever they might accrue together around this dyad.

We watch as he takes a seat across the table from Patrick, another kindly-faced man with a beard and an attractive chubbiness to him. Patrick has an 8-year old daughter, so as soon as the subject is raised, this is music to Thomas’s ears. But watch out Thomas, here comes the Mu. Thomas thinks Patrick and his daughter are perfect for him. Patrick is no more than lukewarm about Thomas.

Binge-watching back-to-back episodes of First Dates has got me thinking relationally about Mu, how it knocks us back to ourselves. I am thinking of all the dates I’ve ever been on, particularly those where I enjoyed the other person’s company and hoped they would say yes to going out again. The saying of yes to another date equating of course to a saying of yes, in some way, to me, and maybe to the idea of an us. One plus one equals two.

Even a partial yes would be OK here. One plus zero point eight equals (almost) two. But a No (Mu) when it comes, feels like Control-Z, or even Control-Alt-Delete: an erasure, an effacement, an attempt at some kind of nullification in order to start again, even though the grooves in the paper, the neural pathways of memory, when held at a certain angle, are still somehow evident.

If a relationship has taken root, no feels like one has come to an end of the road, a road that was meant to take you through the Nevada desert and plop you out the other side in some kind of Shangri-La of affiliation. No means suddenly, without any warning, the smooth concrete along which the wheels of attachment have been steadily adhering, drawing to a halt. And then nothing but the soft, slippery deceleration of granitic alluvium: frustratingly loose and hindering. You get out of your vehicle and clomp around through undifferentiated dunes, quite lost.