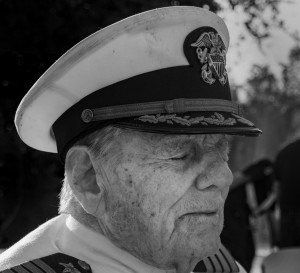 In some ways, maybe in all ways, Mu, I hope you have understood this by now,  is about not-getting the response you want. Of course one can only know what response we did want when we get a response that we realise we weren’t seeking. I am not overjoyed with Michele’s reply.

I do remember you vividly.

I am happy to hear from you and glad to know that I have been somehow helpful to you.

You will be pleased to know that I still have your booklet The qualities – 25 forms. So maybe the connection worked both ways. I am not surprised.

I am glad to know that Mu hooked you. A traditional comment on that event would be: “You stumbled on Chao-chou, you fool!”.

As you may remember, in the early 90’s I was connected to the italian Zen Teacher T_____ G________. By the end of the 90’s I discontinued that relationship and went to San Francisco Zen Center to complete my training. I received Dharma Transmission from Eijun Roshi, the Abbess of SFZC, and L’Arco is now officially affiliated with SFZC.

Surfing the web I found a short article you wrote dealing with Ed Brown (at some point it would be very interesting to discuss the description you gave of my “previous incarnation” in that article). So I am sure you know that the zen style of Shunryu Suzuki Roshi and of San Francisco Zen Center is completely different from the very japanese one of Taiten san. SFZC style works more on emotion and is fundamentally based on Compassion.

In Suzuki Roshi lineage we work with koan too, according to the Soto style. If you will read my book you will have an idea of it. The point is that, unlike the Rinzai tradition, you have to live a koan (genjo), and you have to express it with your life and your practice.

We are like raw diamonds. In order to polish a diamond you need friction, the very friction you experience with a sangha and with a teacher in flesh.

Skype dokusan and lone wolf practice might be a pitfall.

So please do your best to meet in person a teacher (whether  it’s me or another one) and please sit with others.

I do understand that you live in London and I live in Rome, but you could come for the summer sesshin (one week in Tuscany, normally the first week of August) and for the ‘one day sittings’ that we have at L’Arco every month, and then practice regularly with a group, and, in doing so, you can consider the sitting groups in UK connected to our lineage http://www.dancingmountains.org.uk

And yes, we can do an interview, but please don’t fuel an intellectual approach to koan study (interviews and writings can do that).

I hope this is helpful 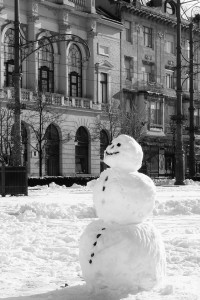 Michele’s letter is a koan, how could it be otherwise: paradoxical, slightly infuriating. Maybe is not a koan for you. For you, perhaps it is quite straightforward, but that is the nature of koans: they are hooks designed for particular mouths.

Here is a man who has written a book on koans telling another man not to “fuel his intellectual approach”. The mountain telling Muhammad that he must make his way to Italy, in the manner that the ur-Pilgrim travelled with his dog to Kuan Yin Yuan to meet Master Zhaozhou?

He is of course absolutely justified in setting out the rules for our engagement, and the only reason they sting is to do with how I hear the Logos of The Father.  Logos: “I say” in Greek. Alternatively: “a ground”, “an expectation”, “speech”, “account”, “to reason”.

Logos also becomes a stand-in for the  unquestionable power of the Judeo-Christian deity in the New Testament: “In the beginning was the Word (Logos), and the Word was with God”, from the opening of the Gospel of John. One might equally render this, thinking about other quasi-deities (parents, gurus, teachers, therapists) thus:

In the beginning was the Father, and the Word was with him.

Or: In the beginning was Buddha, and the Word was with him too, especially when he held aloft a Lotus flower.

Or: In the beginning was Zhaouzhou, and the Word was with him (Mu).

Now compare the softer materials of Eros, that “great binder and loosener” as Jung describes it, the psychic relatedness of Eros, a slower, softer, more diffusely yielding yin-like material versus the hard, sharp, bright, declarative “objective interest” of  Logos and yang. Perhaps Michele realises that I need the former more than the latter in order to develop and grow. Maybe this is true.

What really is the gist of his email? Steve, you need to fall in love with and explore lovingly this Mu thing, not just going at over and over again in your head, banging your head again and again against a wall of Mu, for writing’s sake, through books and thoughts. Eros, as Freud recognised was an upward-flying, sublimating life force, and maybe as Zhaozhou/Michele realises, handing to the pilgrim the pillow of Mu, an object against which he might rest his head at night.

Although he doesn’t phrase it in the language of Eros, perhaps he’s trying to be maternally diffuse, even if I can’t feel it coming through his clipped, Fatherly benchmarking.