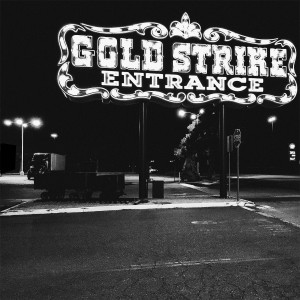 Say you’ve asked someone for a present. Let’s also say that the person you’ve requested the present from has the means to give you that present. Maybe a BMX bicycle. You ask, then you wait, and whilst you wait, you dream, you look forward to the day in which you’re going to receive your present.

And finally that day arrives, and with it the masque of complicity that all parents and children, all lovers play, where the recipient now pretends to be oblivious of their initial request, obscuring for the duration of the pleasurable unwrapping, and perhaps beyond that, an acknowledgement that the bicycle-shaped object in front of them is in fact a realisation of their explicitly stated cravings and desires.

“What could this be,” the child or lover cries, heart singing as they poke through the stripy wrapping paper. Now imagine underneath the wrapping, instead of the bike, something else entirely. Let’s say a leather jacket. Which doesn’t make sense, particularly as the child/lover knows that she has told her parents that she is thinking of becoming a vegetarian, could never see herself wearing this black, polished carcass. What has gone wrong?

Here’s another, even more fiendish take on this, culled from a Derren Brown mind trick. In the clip on YouTube, we see Brown give the actor Simon Pegg a bicycle as a present, for which he’s boyishly excited and grateful. Then Brown shows Pegg a sealed envelope in which Simon Pegg had written a week before the object he’d most like to have gifted to him: a leather jacket.

The look on Pegg’s face says it all. It’s not even as if something formalised as an expectation had been snuffed (it has), but more that his habitual certainty, his memory of having written a week before for the programme researcher on a piece of paper that he wanted a leather jacket,  the very fabric and fibre of existence has come undone in response to Mu.

It is perhaps more akin to opening the front door and stepping out onto the porch only to find that the grey concrete slabs, with all the density and mass of the earth below them, have suddenly been replaced by a black hole, into which you helplessly tumble.

Brown reveals how the trick was carried out, how he deleted, or uprooted Pegg’s original wish right before his (and our) ears and eyes, using hypnotic suggestion, techniques such as anchoring and conditioning, in which the listener’s unconscious receives a rogue piece of coding which infiltrates the psyche like bacteria or a bad bot altering our most heartfelt plans and intentions. Brown even has the chutzpah to show us the script of his invasive mind program:

“Let me explain to you how I bike gifts or presents for people,” he says to Pegg, as they sit side-by-side at a table, designed from above to look like the silhouette of a bicycle.

“And this is the best way to handle, bar none the problem of what to saddle for when you’re going to buy gifts for somebody who’s a little bit difficult to buy for. So what I do is rather than recycle, the same sort of two, tyer-ed bottles of wine, or box of chocolates which are no fun to receive, I go out and I buy anything, and then I make that person fall in love with it, bike creating a strong feeling of desire for that object, does that make sense? And it absolutely works, they get all sort of pumped up, they get that feeling you were describing, they beam eXcitement for it, and it’s a win-win thing, because they get something that they love, and I get rid of some stuff out of my kitchen cupboard, or whatever.”

Like Mu, this “trick” has stuck with me for over a decade now. I keep on replaying it in my mind, worrying away at it. It is always with me.

I think because it raises the fascinating question of whether, at some level, all of our wishes, the very notion of all our Christmases having come at once, might also have been planted there by social norms, advertising, pop songs, and tv programmes. Possibly our primary needs too, physical and emotional, and everything else, including all the pain and frustration of not getting what we want, might be seen as a kind of trick, or illusion.

Looking for the provenance of the phrase  “like all your Christmases having come at once”, I find an early citation in the New Partridge Dictionary of Slang and Unconventional English, taken from Ken Lukowiak’s book A Soldier’s Song:

“Colonel Jones, looking like all his Christmases have come at once (whilst playing male lead in Debbie Does Dallas).”

In the non-porn narrative of romantic success, the guy, after many trials and tribulations, much chowing down of Mu gruel along with his haute-cuisine, First Dates restaurant fare, gets the delectable love object. In Debbie Does Dallas, all the men get the girl, or at least a girl, and some version of Yes in the process. In Debbie Does Dallas, this includes Rick and Donna’s boyfriend, Tim, but also Tony, the record store owner; Mr Hardwick, the candlemaker; Mr Greenfield, the sports store owner; Mr Bradley, the next-door neighbour. And just for good measure: Mr Biddle, the librarian.

DDD is as much a nursery rhyme as anything else: the butcher, the baker, the candlestick maker, rub-a-dub-dub, rub-a-dub-dub, all of their Christmases coming in quick succession. Everybody (as long as that body is male) wins, and all must have prizes. A compelling fantasy, especially when we reflect on the reality principle qua Freud, succinctly restated by Carole King in her song Sweet Seasons:

And sometimes the blues just get a hold of you