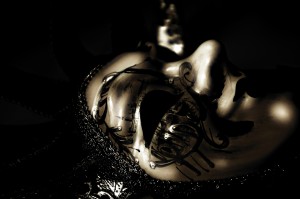 One outcome of this contravention of our desires is an experience we might situate on the spectrum of this thing we now call “depression”, spanning as it does from despondency and discouragement, gloominess and sadness, all the way through to despair and abject misery.

When I think of depression, I keep on coming back to Ned in that Gary Larson cartoon, which I first saw on a birthday card (?) bought for me by my mother in my early 20s, when at University I first experienced what felt like a crippling affliction, an affliction I soon learnt to call “depression” and tried for many years to medicate against it with pills and therapy.

But I also think of dogs, forty dogs in total, placed by three Harvard researchers (Solomon, Kamin, Wynne)  into something called a “shuttlebox”, consisting of two compartments separated by a barrier, in which each dog would receive an intense electric shock, in fact hundreds of intense electric shocks, through a grid floor.

So a dog would be placed in the shuttlebox and zapped. Aversive to shock as you or I would be, the dog would jump over the small barrier to get to the other side of the box. After checking to see that the animal’s natural fight-flight stress responses were in working order, Solomon, Kamin and Wynne would then block the escape gap with plate glass and continue to shock their subjects, noting now that having removed the animal’s means to escape, the following behaviour would occur.

Firstly, desperation: dogs smashing their muzzles into the glass, as well as displaying other emotional symptoms such as “defecation, urination, yelping and shrieking, trembling, attacking the apparatus, scrambling, jumping on the walls of the apparatus, and pupillary dilation”. But then, after a while (after anything up to 200 shocks), the dogs no longer trying to escape, but rather displaying an emotional state that these psychologists would label as the learned helplessness paradigm. 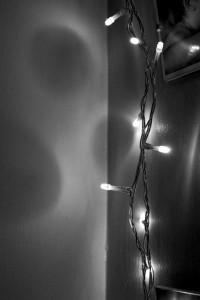 In the 60s, Martin Seligman and Norman Maier refined these torturous experiments, demonstrating that their “helplessness training”, a misnomer of course, the training suggesting help with helplessness, rather than the induction of helplessness, would reliably translate into a profound apathy and abjection, the dogs no longer trying to escape even when the means to do so was now available to them.

Seligman and Maier’s persecutory configuration of choice were two hammocks in which the dogs were secured, as well as a leather harness yoking each pair. One member of the yoked duo had the means via a face panel to bring to a halt the shocks that he and his partner were receiving, but the other dog had no control over when the suffering might cease.

Both dogs received 60 milliamperes (mA) of electricity through brass plate electrodes coated with commercial electrode paste and taped to the footpads of of their  hind feet. People have stopped breathing when shocked with currents from as low as 49 mA. Usually, it takes about 30 mA to cause respiratory paralysis. 10 mA would be considered a “very painful shock”, 60 would register as an “extremely painful shock”, to put it mildly.

Seligman and Maier confirmed their predecessor’s work on learned helplessness, demonstrating that the dog who had a more limited agency of the two, when placed in the shuttlebox, would capitulate to further suffering, even if at that point there might be a way for the animal to escape it.

They also showed that it was possible through an “immunization procedure” to reverse this outcome. This could be done by other giving the dogs an experience of escapable shocks before the yoking, or forcibly dragging them over the barrier during the test task so as to reinstate their natural stress response.

These experiments profoundly altered the way psychologists conceptualised depression, forging a link between our sense of well being and our perceived sense of control, agency and self-efficacy.

I’ve always found  stories of gurus “shocking” their disciples with random blasts of physical or verbal violence somewhat disturbing, but when placed next to experiments carried out in university  laboratories, their procedures seem cut from the same cloth.

Might the intent behind the guru’s random, 60-volt, Mu-jolts have as their guiding principle something akin to the immunization procedure described above. Isn’t Mu, just like an uncontrollable, inescapable electric shock, creating in the bloodless language of experimental psychology, a “person-environment mismatch”, a “goal incongruent transaction” which has the power to either render us helpless and hopeless, or actually make us stronger.

Just like the scientist’s “immunization procedures” though, it seems very important what the guru does after delivering his Mu, a description that is often not shared with us in these Zen stories. Does he intervene and with a kind of “tough love” drag or support the cognitively paralysed student over the barrier of his fear, or helplessness, his doubt and shame to a state of augmented being and understanding? Does he help him to find his footing again after Mu has brought him face to face with profound loss and emptiness: loss of control, of self-worth, of a pursued goal.

Ideally, a good-enough guru, a good-enough parent, a good-enough therapist works in some way to “immunise”, or at least make meaning for their charges against these inevitable Mu-frustrations what crop up in all of our lives.

I think sadly of all the doggy test subjects who didn’t receive that immunisation. Of all the human subjects too in this experiment called life who didn’t get this loving reframe. 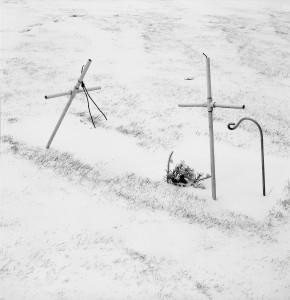 Like the anhedonic poet Bobby Tallis, in a short story by Colin Barrett, facing his own feathery Mu, in the shape of Fiachra Calhoun, “senior editor at, in Bobby’s opinion, the country’s sole remotely respectable poetry publishing house”, who informs him one dismal Wednesday afternoon at the back of the Andromeda pub, that the next book of poems his publishing house will be putting out, are not going to be Bobby’s, a manuscript he’s been working on for the last last 8 years, but those of Fiachra’s all-purpose intern-slash-assistant Jess Tombes.

Here’s what Ned thinks of Jess: “a student, a kid…unfailingly polite and pleasant human, conscientious, patient, and kind with anyone she encountered. She formed rapports easily, and—a rarity in the Scene—Bobby had yet to encounter someone willing to say a bad word about her.”

Tombes is set up in the story as the Mu-directed entombment of all of Bobby’s hopes and dreams. “Jess Tombes was going to last, and Bobby could feel himself, in her spectral, incipiently canonical gaze, being transubstantiated, molecule by molecule, into obscurity. Whether she knew it or not—and Bobby hazarded she probably did not—she was killing them all so that she could go on, so that she could make it. This was how the machine worked.” 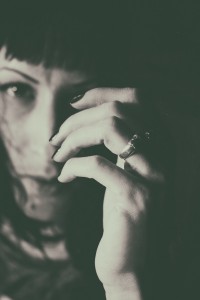 Another short story where this dynamic comes into play is in Tessa Hadley’s Dido’s Lament. A young woman, Lynette meets by chance an ex-boyfriend who has done quite well for himself, and this brings her into contact with Mu-like loss and frustration:

“Tell me about your singing,” Toby said.

Then Lynette was flooded with all the anguish that music entailed for her. It made her sick that he knew about certain things she’d rather forget: how ambitious she’d been, and the grand idea of her talent that she’d once cherished and had since discarded. Her voice hadn’t been as good as she’d hoped, she had failed to make a career out of it—although she did do some teaching, hourly paid, and also some examining for the Associated Board. Turning her face away, she presented him with her haughtiest profile. “Oh, that. I’m in a show at the moment. You know I’m superstitious. I don’t want to talk about it.”

“And you have felt free? You told me that as long as we were together you weren’t free to give yourself over to your work completely.”

“Did I say that? How pretentious of me!”

She felt a spasm of exasperation that Toby had stored up all the nonsense she’d ever spoken and taken it so seriously. In fact, she was guesting in a student production of “Dido and Aeneas,” in which Aeneas was got up as the captain of an American football team and Dido as a cheerleader; it worked surprisingly well. Toby didn’t know anything about music, anyway. Lynette hummed to herself the opening lines of Dido’s lament, as she looked around at the beautiful room. How strange that Toby was so simple and yet his simplicity had had all these solid, complicated effects in the real world, these material accumulations and accretions—and children, too, the branching out and infinite complication of children. Whereas her own complexity seemed to have had no consequences. It was all wrapped up inside her—she had nothing to show for it.

What a great description of knotted, existential Mu: a promising complexity, all wrapped up inside a human being, which at the point of Mu-contact, presents itself to our eyes as desolate, barren, utterly empty.

Dido’s lament is suicide dirge, sung by Queen Dido to the departing Aeneas, whose destiny has become entwined with hers when his ship is blown off course on his journey to Italy and he arrives on her North African shores.

Although incredibly stirring and tender, it is also an aria of wounded helpless, hopeless self-pity and punitive passive aggression:

Dido thought she had found the love of her life, that Aeneas was to play the Romeo to her Juliet, only to discover that in fact she is just a “bit part” in the Aeneid story, the African totty he has had a fling with on his way to Italy where he is destined to be the founder of a nation, to be part of a narrative much more significant than hers.

Bobby Tallis thinks he’s on the path to taking the New York literary scene by storm, becoming the next Allen Ginsberg, or Frank O’Hara, when in fact he too is probably destined to be just a walk-on part in whatever literary scene he finds himself in, a footnote, if even that, in a future Jess Tombes biography. Likewise for Lynette, who hoped, presumptuously, narcissistically, that Toby would be a boyfriend footnote in her happy-ending quest for fame and fortune, rather than the other way round. Simon thinks he can wish for a leather jacket, and then it will appear. But instead he is tricked into wanting something else.

These stories speak to me, maybe to you too. I think because I identify with the Mu-like moment of recognition of Lynette and Bobby and Simon, a recognition that feels a bit like the yoked dog in the shuttlebox, who even though he might escape this place of torment, of goal-incongruency, finds himself unable to do so. Mu, takes us into this hell of our own devising, and then challenges us to find a way out. How to do that?