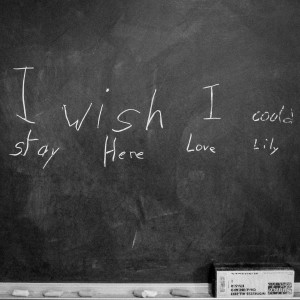 In 1938, Director of the newly establish Harvard Psychological Clinic, a man named Henry A. Murray, along with a team of psychologists and lay psychoanalysts, including his lover Christiana Morgan, created a series of pictorial koans, 20 in total, designed to unearth the “dominant drives, emotions, sentiments, complexes and conflicts of a personality”. In our personality-saturated culture, this spec probably sounds old-hat, but it was pioneering stuff at the time. And these pioneers needed a new title to describe to describe themselves. They called themselves personologists.

Their research involved asking their subjects to look at these 20 ambivalent picture and narrate to the interpreter what they thought was going on in these pictures: what had led up to the situation represented, the thoughts and feelings of the protagonist each viewer singled out in the picture before them, what might be the outcome of this event. In doing this, Murray believed he might better pinpoint our motivations for our life projects, even when these motivations are largely unknown to us, “inhibited tendencies which the subject, or patient, is not willing to admit, or can not admit because he is unconscious of them”. In other words, our coping strategies and defences, the ways in which we protect and manage the frustrations and deprivations that accrue around our unmet needs.

And what are the needs according to Murray that go  into making up our heterotelic binds? He lists a number of them, but most notably: the need for achievement (n. Achievement), the need for power (n. Power) and for affiliation (n. Affliation). Once, he has an idea of our needs, he can then factor in the kind of social and experiential terrain in which we were trying to get our needs met, the environmental forces or situations which Murray refers to as “press” against which our needs might be hindered or assisted.

Also, key to the personology project, is our ego strength “How much force (energy, determination, enduring effort, competence) does the hero (i.e. you and me, as projected into the stories we create around Murray’s pictures) manifest? What is the strength of the facilitating or beneficial forces of the environment as compared to the opposing or harmful forces? Is the hero’s path of achievement difficult or easy? In the face of opposition does he strive with renewed vigor (counteraction) or does he collapse? Does the hero make things happen or do things happen to him? To what extent does he manipulate or overcome the opposing forces and to what extent is he manipulated or overcome by them? Is he coercing or coerced? mostly active or mostly passive? Under what conditions does he succeed, when others help him or when he strives alone? Under what conditions does he fail?

This interaction of need, environment/press and perceived outcome, all create a “simple themas”, which might then be differentiated into major and minor, plots and subplots. These are the stories of our lives, these thema, which we either live with conscious agency or in a more passive, puppet-like manner.

“As a rule,” Murray assures those carrying out TATs (Thematic Apperception Tests),  “the subject leaves the test happily unaware that he has presented the psychologist with what amounts to an X-Ray picture of his inner self.” Though we mustn’t he warns the interpreters swotting up from the manual to try and become “Magi of the unconscious”, leave that to the gurus, he tells them, the spanking new gurus of early 20th century being of course people like him, psychoanalysts, and psychologists, clinical bods with big ideas.

I don’t have a guru analysing my responses to Murray’s pictures, only a psychologist friend, who writes back in response to my story of the boy and his new violin quandary with the following:

“I read this as expressing a strong need for achievement, but with some confusion as to whether the hero (the child) is intrinsically or extrinsically motivated. The latter it would seem.

In terms of environmental press, there appears to be moderate coercion. Although alongside this, the threat (to use Murray’s word of insupport): the little boy exposed to danger or anxiety, and possible fear of rejection, or censure for failing to meet the needs of another.

He must either defend and protect himself against the threat by escaping it or destroying it. He seems only partially aware of a more mature and adaptive response, negotiated outcome in which he learns how to cope with his challenge, or reconfiguring the terms by which the challenge is perceived or taken on. ”

This is spot-on in describing my heterotelic bind with regard to writing, but in some way, is not a universal dilemma of sorts? Can the need for achievement ever be framed as an autotelic pursuit? Is achievement not always, needing by and large to be verified by our social group, implicitly a socially reflexive act?

Does my dog have a soul? Does this writing have soul? You tell me. Without external verification or substantiation, my own subjective experience pales into insignificance, exists only as a kind of unverified potential, an undetected latency?

This predicament starts with a baby and her mother. A baby that doesn’t exist until it is seen by her the other, the (m)other. Not just seen, but be-held, greeted, encouraged, approved of, psychologically, biologically, socially reflected back and into the baby, like a mirror, through the eyes, voice and touch of her parent.

“What does the baby see when he or she looks at the mother’s face?” asks Donald Winnicott in his famous essay on ‘The Mirror-role of Mother and Family in Child Development’.  “I am suggesting that, ordinarily, what the baby sees is himself or herself.”

Another way to put this is that the baby finds himself or herself, or even finds “a self” in the mother’s gaze. If this gaze is loving and tender, then baby might experience herself as lovable and joyfully alive. Heinz Kohut refers to this gaze as the “gleam in the mother’s eye, which mirrors the child’s exhibitionistic display and confirms self-esteem.” But if that mirror is veiled in depression, unsmiling, unavailable for the“two-way process in which self-enrichment alternates with the discovery of meaning in the world of seen things” (Winnicott), the baby might then feel a sense of absence, of invisibility, emptiness, abandonment. “A baby so treated will grow up puzzled about mirrors and what the mirror has to offer,” predicts Winnicott. “If the mother’s face is unresponsive, then a mirror is a thing to be looked at but not to be looked into.” One might also say, turning objects back into people, that a baby so treated will grow up puzzled about relationships and what other people have to offer us. As if people, or other animals, were things to be looked at but not looked into. As if people or dogs didn’t really have souls.

The word that is often bandied about to describe this state of affairs is “narcissism”. One might easily read this section of my Mu book as a narcissistic cul-de-sac, which is perhaps what Michele warned me about right at the beginning of this project (“lone wolf practice might be a pitfall”).

Without a guru (a therapist, an editor, a canny reader) to mirror some of this back to me, is all you end up with is a narcissistic loop,  locked, as the figure in Caravaggio’s painting is locked, forever, in a self-enclosed me-reflected-on-the-page-back-to-me loop of solipsism?

And Michele, although maybe not Massimo might wonder if living with a dog serves the same purpose as one of these reparenting figures. I’m tempted to argue that it does, that one cannot live entirely selfishly or self-focusedly if sharing one’s life with another animal or