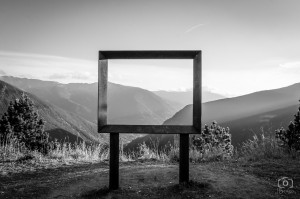 started with a pilgrimage: a man and his dog making their way to towards Kuan yin yuan in the Chao province of Northern China where the guru, the roshi, the Big Daddy Zhaozhou was waiting in that briefest of two-line narratives to spring his Mu on them, on us.

For the pleasures of parallels, let’s end on a pilgrimage: not to China, but Chingford, and a pilgrimage made by Max and I on the 1st of October, 2016, just over a year after beginning our Mu explorations.

The pilgrimage we made was to visit another Zhaozhou, an aged, 92 year-old guru, roshi, Big Daddy, deeply respected in the field of psychtherapy, who I will refer to here as The Wizard, as in The Wizard of Oz. Or Woo for short. Wu in chinese being the equivalent of Mu, the Japanese word assigned to denote all the negations, cancellations, and nullifications of that tiny explosive signifier.

We set off on our journey before sunrise. Chingford is about 15 miles away as Google’s Walking Man icon tells us via a nonstop 5hr 8 min journey heading East of Ruskin Gardens.

But I want a more scenic route, so opt to follow the London Outer Orbital Path (aka The London Loop) heading east. So we take a nightbus to the Shree Swaminarayan Temple in Stanmore, and then wend our way across the common, through Aldenham Country Park, Moat Mt Open Space, and then Barnet, Trent Park, in the direction of Enfield Crematorium, finally crossing the River Lea with King George’s Reservoir on our left, our destination Kings Head Hill where The Wizard, Woo resides. He has agreed to see us at 4pm for the modern-day equivalent of a spiritual consultation: a 50-minute, psychotherapy session costing seventy pounds.

I’d given us 10 hours to make the journey, including stops for rest and refreshments, but for the last 5 miles we cheated, and bussed it up Kings Head Hill, after a few minor mishaps ate into our planned schedule. Me losing Maxi’s lead on a forest path and having to retrace my steps to find it, Max being chased by a cow in Trent Park and stubbing his paw in the process, requiring me to carry a limping pooch for the rest of the way.

For some of the time I occupied myself with the audiobook version of The Wizard of Oz, thinking about other pilgrimage made by Dorothy, The Tin Man, The Lion, and The Scarecrow.

L. Frank Baum (the L stands for Lyman) wrote The Wizard of Oz as a “modernized fairy tale” with the intention of excising the “bloodcurdling incidents” and “fearsome” morality of the folklore, legend and myths of old. Instead, his aim was to, “solely please” the children of  turn-of-the-century America in order that “wonderment and joy [be] retained” and “the heartaches and nightmares left out” (from Baum’s Introduction to The Wonderful Wizard of Oz).

But can the heartaches and nightmares of being a child, or the feelings of those inner children who have travelled with us into adulthood, ever be excised completely from awareness?

The first few pages of Baum’s experiment in Wonderment and Joy interrogates this very notion.

Dorothy lives in a great grey prairie, with grey sunburnt grass, a sun blistered house “as dull and grey as everything else”, as well as a depressed pair of caregivers, Aunt Em and Uncle Henry, who are metaphorically, but also literally weather-beaten:

“When Aunt Em came there to live she was a young, pretty wife. The sun and wind had changed her, too. They had taken the sparkle from her eyes and left them a sober grey; they had taken the red from her cheeks and lips, and they were grey also. She was thin and gaunt, and never smiled now. When Dorothy, who was an orphan, first came to her, Aunt Em had been so startled by the child’s laughter that she would scream and press her hand upon her heart whenever Dorothy’s merry voice reached her ears; and she still looked at the little girl with wonder that she could find anything to laugh at.

Uncle Henry never laughed. He worked hard from morning till night and did not know what joy was. He was grey also, from his long beard to his rough boots, and he looked stern and solemn, and rarely spoke.”

When the semi-orphaned Dorothy is whisked away to the land of Oz, she meets three other models of deprivation, who are also three portraits of low self-esteem, mirroring in some way her own privation: the Tin Man who believes himself to be lacking in compassion, The Lion who denigrates his occasional anxieties, and the Scarecrow who questions the extent of his intelligence. Together, travelling to Oz they each hope to be healed, to be made whole again by the guru, the Wizard.

Which is what I am hoping for too when I sit down with this PG Tip for our psycho-spiritual date.

Woo doesn’t live in an Emerald castle, but he has, I notice approaching his house used an Oz-like palette when painting the exterior. It is the only one on the street with lilac walls, as if to say: someone colourful lives inside, come in and marvel at me!

A meeting with a guru or a therapist is symbolism in action, an attempt at surrender in the hope of bringing about some kind of psychospiritual transformation. The pilgrimage that gets us to the guru is equally movement as metaphor, a kinetic ritual, even if that movement is walking across the span of London one late-summer morning so as to commune with some random shrink in Chingford.

After some nervous pavement-pacing, biding our time until 3:59, we ring the bell and wait for Woo to shuffle down the stairs to meet us. In some way, we have been waiting a year for this meeting, maybe even a lifetime. For him, we are his 4pm client, after which he can get back to trimming the hedges.