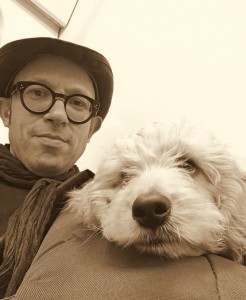 Zhaouzhou looked at the dog, then back to the pilgrim, replying: “No.”

This is a famous koan, sometimes called the Mu Koan.

Mu in Japanese (Wu in Chinese) means “no”, or “not have” or “without”. The Mu Koan is the often the first to be given to trainee Zen monks to meditate on.

They do this sometimes for months, or even years.

It is also the “First Case” in the 13th century koan collection The Gateless Gate or The Gateless Barrier. Some believe it to be the first and only barrier/gate needed in order to attain enlightenment.