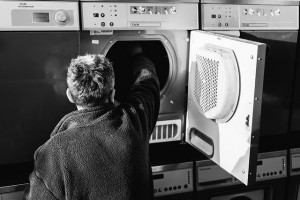 Zhaozhou and Michele’s job, but maybe this is the case for all the PG Tips,  is to lead the disciple (me) on the leash of the koan, a loose-enough leash, so that he feels he got there on his own steam, to a special kind of self-cure, a meta-position, in which we might stand to one side of our own ignorance, attachment and aversion, seeing through the metal bars of these hindrances and so at the same time strengthening our motivation to find some kind of existential hacksaw or hydrofluoric concoction that might free us from our subjective constraints.

If the koan is also a kind of medicine, then sometimes also a different dosage and formulation will be given to one person, than another. Maybe, a different disciple, asking Master Z. “Does a dog have a soul”, would have been responded to in the affirmative. So if Master Z. thought the man standing before him needed Mu, perhaps this was in response to a diagnosis made on first sight of him. Maybe even in the question itself he spotted the attachment-aversion contrivance of putting forward a query that one might already have know the answer to.

The Master’s “job” is to put the student, via a koan, directly in contact with his spiritual illness, his blockages, his hindrances, his poisons, even to the extent, or especially to the extent that he might not have realised he was afflicted with the malady.

At one level, this is salutary. We need to see the hindrance before we can get over it. But it also be quite dispiriting. Ignorance is quite often a form of bliss, even when there is a dark and varicose-livid purple vein of suffering running through it.

This is where one needs a skilful master, who carries out the biopsy without us flinching. Who shows us the tumours on an x-ray in a way that fills us with wonder, rather than revulsion and antipathy, towards him and them.

Maxi you have shown yourself as having this skill. For our first six months together, you did this by activating on a daily basis my chest-thrumming, lava-surge eruption of anger, but framed with love and affection. Like Mu, you handed over those frustrations over to me quite cleanly. As if to say:

“Here, let me do something to put you in touch with your frustrations, and the anger that encases them,, and now that you’re feeling that anger, what are you going to do about it, if expressing it might mean hurting me?” Here’s the koan, solve it. And in the meantime, I, Maximus-Mas, the activator of all these poisonous feelings, with the blithe innocence of, well, a dog, will continue to walk beside you, a jaunty little cockapoo bounce and bum-wiggle to my step, or turn my attention to a stick, or a bone-shaped piece of rawhide, for a good old chew.”