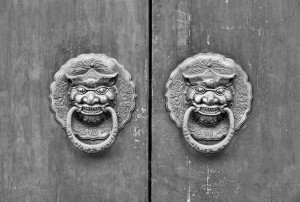 I wonder what Master Michele Doshin Girasole, my first guru, would say about this Mu project? I suspect it would be something along the lines of “MU!”

In the emotionally kinetic narrative of student-Master, patient-Psychoanalyst, child-Parent, it is important that the Capital-Letter bearer of his capital (age, wisdom, experience) frustrate the non-capitalised bearer until they too, as grit transmutes to immutable pearls, become capitalised in some shape or form.

And indeed, for the purposes of the page, without frustration, there is no narrative momentum either. Without a narrative, even that of the try-again-fail-again-fail-better vein of Beckettian dyspepsia, one would be well and truly lost. I must keep this in mind if I contact him.

Is the struggle against Mu a narcissistic one?

“What?! I walk hundreds of miles, through rain and sleet and snow to come and see you. Just so as to put to you this question, and you give me this, this…Nothing!?!”

“Here I am, asking you this question in good faith, and you give me the “textbook” answer. One dished out to monks willy-nilly all the way back to fricken Buddha and his chump disciples themselves!”

The archetype for this response is of course the narcissistic King and Queen. Snow White’s stepmother to her ever-accommodating, ever-congruent (and thus, like a Zen monk, somewhat reality-slapping) mirror:

Queen: Magic mirror on the wall, who is the fairest one of all?

Magic Mirror: Famed is thy beauty, Majesty. But [reality slap ahoy!] behold, a lovely maid I see. Rags cannot hide her gentle grace. Alas, she is more fair than thee.

Queen: Alas for her! Reveal her name.

Lear, uses his children as a narcissistic mirror, managing to get the older two (Goneril and Regan) to pander to his ego with Hallmark card affirmations:

“I love you more than words can wield matter”, says one. “I am alone felicitate in your dear highness’ love,” professes the other.

Only Cordelia, whose love is “more richer than [her] tongue,” returns a reality-slapping Mu to her father’s emotional blackmailing (“What can you tell me that will make me give you a bigger part of my kingdom than I gave your sisters?). She does this by answering plainly and congruently, as if she were Zhaouzhou’s daughter, rather than dissembling Lear’s: “Nothing, my Lord.” This might equally be rendered thus: “Mu, my Lord.”

When asked to “revise [her] statement” by Lear, the scared old man, desperately attempting to tighten the emotional thumbscrews (“…or you may damage your inheritance”), she does so once again with a utilitarian truthfulness, unadorned by the slightest filigree of sentimentality: “My lord, you brought me up and loved me, and I’m giving back just as I should: I obey you, love you, and honor you,” as well as some very modern-sounding, and smoothly argued relational psychology:

“Why have my sisters husbands, if they say
They love you all? Haply, when I shall wed,
That lord whose hand must take my plight shall carry
Half my love with him, half my care and duty:
Sure, I shall never marry like my sisters,
To love my father all.”

Narcissistically wounded to the core by Cordelia’s No, by this unsentimental, untrammeled “nothing” at the heart of her love for her father, and with it perhaps a recognition of a more profound Mu which lies at the heart of our strongest allegiances and ties, Lear explodes into anger, and from this aged, seemingly “majestic king” erupts a “dragon and his wrath”, with all the mindless momentum of a bow “bent and drawn, makes from the shaft”.

His loyal friend and ally, Kent, tries to draw Lear out of his “madness”, attempting to cut through his wounded projections by putting a spin on Cordelia’s empty-loving Mu, by showing the toxic nothingness in Goneril and Regan’s empty-something “dissimulation”:

“Reverse thy doom;
And, in thy best consideration, cheque
This hideous rashness: answer my life my judgment,
Thy youngest daughter does not love thee least;
Nor are those empty-hearted whose low sound
Reverbs no hollowness.”

But Lear, adrift in the red mist of his anger, is unable to hear reason any longer, is completely swallowed up, fused and possessed by his angry dragon. To Kent’s attempt to establish some perspective, he responds with further affronted petulance, banishing his old friend, whilst continuing to divest himself of his kingdom, placing it in the Machiavellian paws of Goneril and Regan.

The word “mad” in Shakespearean English is not used explicitly to denote insanity, but rather wild and uncontrollable high spirits or anger. American English, which still uses the word to denote ‘besides oneself with anger’ (cf. Howard Beale’s “I’M AS MAD AS HELL, AND I’M NOT GOING TO TAKE THIS ANYMORE!” in Sidney Lumet’s 1976 film Network) stays true to this conception. But the very earliest roots of the word go back 300 years before Shakespeare to the Old English gemuedde, which means “out of one’s mind”, but also “foolish, and extremely stupid”. Other linguisitic echoes with the Latin mutare (to change) and the Old Norse meida (crippled, wounded, hurt, maimed).

So in this three letter word, you might say there is everything we might ever need to know about anger as a form of insanity. Has 700 years of medical and psychological thinking really given us a better take on the emotion than Lear or anger-checking Kent had?

I didn’t realise the extent to which Max’s Mu would activate my own inner Lear, how his behaviour would give me access to the many shades of madness within me, ranging from needling exasperation, through to displeasure, and pique, and more often than I would like to admit, the churning roil of indignation and umbrage, squall and spleen, with the most alarming Lear-like dragon of wrath, a haemorrhaging frenzy of rage paying us a visit on the odd occasion. 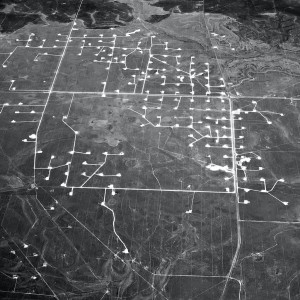 Anger is our most ardent guardian and protector. If we feel threatened in some way, or something is standing in our way of acquiring a precious resource (such as a quiet walk in the park, without a bundle of energy straining against the leash with ravenous curiosity) we need a special form of Kentian Anger Management to keep ourselves in check.

Anger is an “old brain” phenomenon. It’s been with us since our earliest manifestations as bipedal apes, ensuring our survival and reproductive advantage. We share these old-brain mechanisms (aggression, fear, seeking/attraction) with amphibians and reptiles. But being a different species, we also have new-brain, mammalian adaptations which we might define as a psychology of caring for one another. We need these as we have far fewer young than reptiles, amphibians and fish, our offspring also being helpless at birth. If we weren’t going to die out as a species, we needed to start learning how to care for each other, and for those vulnerable members of our tribe (children, the sick and aged) placed in our care.

This creates a bipolar, push-pull, effect in us because the caring system is approach-oriented, whereas the old brain works around a threat-focused CPU.

With further perusing under the hood, we see how anger splinters into six or seven existential domains: attention, thinking and reasoning, motivation, behaviour, imagery and fantasy, as well as emotional and bodily experience.

So when Max darts to the side of the pavement to pick up a tissue, a banana peel, a condom, an apple core, a pen lid, a plastic bag, a polystyrene container, a stick, some desiccated feces, a tampon, a nail paring, some discarded chewing gum, a shoe, some frayed rope, an empty soft drink bottle, or anything else that catches his eye, my very short fuse is lit and BOOM!

Were I able to slow down and break down the explosion into its constituent parts, it might look like this:

ANGRY MOTIVATION: “Tissue ahoy, don’t let him get anywhere near it!”

ANGRY FOCUS: A gimlet-eyed attention to Max’s chomping jaws. Trying at every given moment to ascertain whether I need to retrieve what he’s just picked up, or anything in the path ahead.

ANGRY IMAGERY AND FANTASY: filmic snippets where I wrestle him to the ground, slapping, yanking, clawing at the object in his mouth; seeing Max as “the enemy”

ANGRY EMOTIONAL EXPERIENCE: a lightheaded, painful surge of pulsating energy in my head, face, and chest. A bit like having drunk 10 shots of expresso all at once, and now nowhere to unlease this fierce malefic swell of vehemence and acrimony.

ANGRY BEHAVIOUR: raised voice, yanking of lead, wanting even to strike out at him

But this stop-frame break-down doesn’t necessarily reveal the quintessence of the explosion, the crimson-black, demonic heart of it. Which is Mu of course, folding in on itself, rapaciously rubbing its no-contours against no-others, and perhaps in some crazy way approximating the dark matter dynamic of the first big (angry?) bang, bursting and busting all of this into being where before the equanimous emptiness of nothing-doing reigned supreme, the two of us, myself and Mr Max, jauntily setting out for a walk around the block, contented and perfectly at ease in each other’s company.