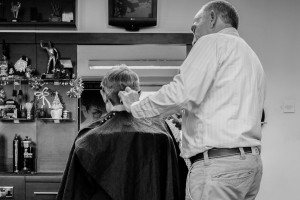 It’s a year into the project and I need a refresher to help me get creative with this koan.

So I begin reading and listening to books on creativity such as Rob Pope’s Creativity: Theory, History, Practice, where Pope defines creativity as “the capacity to make, do or become something fresh and valuable with respect to others as well as ourselves”. It’s on “valuable” where I seem to become unstuck, with Mu rendering every word I have written and am yet to write empty and worthless.

Pope, perhaps foreseeing a Mu-attack, tries to render the value of value as inclusive as possible: “valuable according to the exchange rate of some changing system of values,” he asserts, taking into account personal and social, aesthetic and ethical cues too when assessing this thing we call value. Under this scheme, valuable creativity does not necessarily equal ‘publishable’ creativity, which is largely what it means to me, that slab of paper of ink that lands on an agent’s desk which she recognises as having some inherently vendible, merchandisable potential to it.

I know that you Max are closer in line with George Steiner’s somewhat more mystical slant of creation as an “enacted freedom which includes and expresses in its incarnation the presence of what is absent from it or of what could be radically other”.

Perhaps because this makes more space for you and Mu, Max. Mu being both the “presence of what is absent”, the “radically other” response, outside yes and no; all of us coming together in the “enacted freedom” of writing?

No doubt I could start the next paragraph any way I like, ask it to hold any kind of though, no matter how disruptive or Mu-like vis-a-vis what was said before or what might follow. And somehow the page will make space for me and these words. Just like the world’s biggest virtual bookshop, will find a space, a home you might even say, for these creative acts, even when economically valueless.

Elizabeth Gilbert talks about going home in an audio book we listen to, you and Me, Maxi, pushing through endless nettle-corridors on that Chesham to Great Missenden walk we do in our late-August heatwave; you focusing as ever on the EVERYTHING of the natural world as you gambol up ahead, taking the scout position, me giving about 20% as usual to give to what is present, the rest of my mind listening to Gilbert through headphones, explaining how she kept on writing, kept “pushing through” her own mental stinging nettles even when receiving hundreds of rejection letters over a period of years:

Gilbert too lays the burden of creativity, the heterotelic bind, on the flexibility or rigidity of the ego, which provides, standing as it does between our most pressing personal needs and the limits of social strictures the “fundamental outlines of selfhood—to help you proclaim your individuality, define your desires, understand your preferences, and defend your borders. Your ego, simply put, is what makes you who you are.”

“But do not let your ego totally run the show,” she warns, “or it will shut down the show. Your ego is a wonderful servant, but it’s a terrible master—because the only thing your ego ever wants is reward, reward, and more reward. And since there’s never enough reward to satisfy, your ego will always be disappointed. Left unmanaged, that kind of disappointment will rot you from the inside out. An unchecked ego is what the Buddhists call “a hungry ghost”—forever famished, eternally howling with need and greed.”

Mu is perhaps there to “check ego”, although I’m not entirely sure this lifts us from our heterotelic bind, for even institutions that are all about transcending ego, Buddhist monasteries for example, are very much caught up in the heterotelic.

Koan study is a good example of this. The aim of the koan you might say, to put it in psychoanalytic terms, is to establish some kind of communion between the different parts of the psyche, all processed through a core self that one might call “soul”. This is presented to the student as an autotelic pursuit and yet each week the fruits of one’s meditation is set out in front of the super-ego in the form of a guru, who then acts as an arbiter, a gatekeeper, a kind of “editor” of one’s experience, of how true and deep and honest he ascertains it to be. If the guru feels that you have done “enough” to get to the bottomless bottom of the prescribed koan, another may then be proferred.

This heterotelic system, like all heterotelic systems, is naturally going to open itself to different forms of corruption. One of these is that students might share information with each other about the dokusan process, what “interpretations” were tried out before the guru and how these were received. Slowly, over time, decades, centuries, millennia, a kind of crib sheet might come into being, a sort of Koan Cliff Notes, which will then be disseminated to new students of the koan, especially those who are not intrinsically motivated to wrestle with Mu themselves but just want to get through dokusan work with the guru in one piece.

This, I find out, is exactly what occured for the koans of the Mumokan. The Chilean filmmaker and writer Alejandro Jodorowsky relates in one of his memoirs, a pistols-at-dawn intellectual shoot-out in the Mexico City zendo between Jodorowsky’s guru Ejo Takata, and a young, American koanslinger who arrives one day, dressed head to toe in red leather on a 1300 cc Kawasaki motorcycle and challenges The Master with the following words:

“You deserted our monastery in California because you think you’re so superior, with your slanted eyes!” the challenger sneers. “You think that truth needs a Japanese passport? Yet I, a ‘despicable Westerner,’ have solved all the koans, and I’m here to prove it. Question me!”

What follows is a scene that would be better served by a Tarantino than a Jodorowsky in which Alejandro witnesses this “aggressive, disrespectful, arrogant young man” replying rapidly, and fluidly, with no hesitation, to the master’s questions:

“Only once before had I felt this peculiar kind of intensity: when I saw the great bullfighter El Cordobes decide to provoke the bull by freezing like a statue. The animal charged several times, his horns passing within a fraction of an inch of the man’s body, yet he was never gored. A strange vortex of energy seemed to envelop both man and beast, plunging them into an enchanted space-time, a “place” where error was impossible.”

After their initial jousts, they head into the Mu-Zone. Ejo Takata asks the interloper what he makes of the Koan, to which Peter, as Jodorowsky names him, makes some prefatory remarks:

“Mu in Chinese means ‘no’; it means nonexistence, emptiness —it might as well be a tree, a barking dog, whatever . . .”

Then standing and facing Ejo Takata, he yelled so loudly that the windows shook: “MU!”

Now begins another round of the duel of questions and answers.

“Give me the proof of this Mu.”

“If that is so, then how will you awaken?”

“Very well. Now when you have been cremated, what will become of this Mu?”

“The gringo’s yells were growing louder. Yet Takata, by contrast, was questioning him in a tone that was more and more gentle and respectful,” Jodorowsky writes. “Little by little, he seemed to abase himself utterly before this exalted being who always found the right answer instantly. I was afraid that the dialogue might continue on this way for hours, but now a subtle change took place. The responses were becoming longer.

“On another occasion, when Joshu was asked if a dog had Buddha nature, he answered yes. What do you think of that?”

“Even if Joshu said that a dog has Buddha nature, I would simply yell ‘MU!’ with all my strength.”

“Very good. Now tell me: How does your enlightenment act with Mu?”

Peter stood up and walked a few paces, saying: “When I walk, I walk.” Then, sitting down again,

This response baffled us all. The gringo looked at us with a disdainful air. “Your Japanese monk has just asked me to explain the difference between enlightenment and nonenlightenment. In my description of a walk that began in one place and returned to that same place, I was refuting the distinction between the sacred and the profane.”

Grudgingly, we felt compelled to admire the cleverness of this response.

“Now what is the origin of Mu?”

“There is neither sky nor earth nor mountains nor rivers nor trees nor plants nor apples nor pears! There is nothing, neither myself nor anyone else. Even these words are nothing. MU!”

This last Mu was so loud that some dogs in the neighborhood began barking. From this moment on, the pace of the dialogue began to accelerate.

“Tell me your Mu in way that is so simple that a baby could understand it and put it into practice.”

“What is the difference between Mu and all?”

His shouts went on and on, becoming deafening. Now he had lost control and was really causing a scene! He seemed like a man possessed, as if he would go on with this mad yelling indefinitely.”

It turns out, to everyone’s relief, including that of the reader, that the challenger is simply parroting answers he has learned verbatim from a book published in Japan in 1916 called Gendai Sôjizen Hyôron (A Critique of Present-day Pseudo-Zen).

When this book was first published in 1916, it caused a great sensation, and was immediately suppressed. Yoel Hoffman, translator of Radical Zen, when wandering around Kyoto in the 60s tried to get his hands on a copy, could only find was a photocopy from a bookshop specialising in Buddhist literature [quote]. The saleman explained that the only people who bought the book were novice Zen monks. Essentially it was the Letts Notes, or Cliff Notes of their day.

The web allows me to download a PDF of Gendai Sôjizen Hyôron  after a cursory Google Search. New York Review of Books is, I see, also bringing back into circulation Hoffman’s own translation of it this November (2016).

I think Jodorowsky presents Peter the Koan Parrot at the beginning of his Spiritual Journey as a fake foil for the integrity of the insights he then goes onto to share with us in the pages that follow.

The big debate in the 17th century was between Rinzai and Soto Zen. Hakuin (Rinzai) wanted active, unremitting questioning by means of koans. Again and again he insisted that ‘dead sitting and silent illumination’ were destructive. To him, the ideal was the commingling of meditation with the activity of life, until the two became indistinguishable, whether in the life of the monk or of the layman.

You could say that my Mu project is in this phenomenological vein.

But after reading Jodorowsky, I do wonder if dead sitting and silent illumination, a more autotelic pursuit by the sound of it,  might indeed be a way to escape the heterotelic bind. I also wonder how I might better turn my main heterotelic pursuit, in which a great deal of pain and frustration resides into more of an autotelic one.