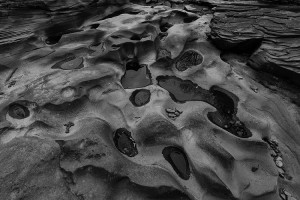 This aspect of developmental trauma is never explored in the television series, which focuses more on frustration anger, perhaps befitting a country (America) which at the time was getting angrier by the decade.

Tony’s mud phobia also has its roots in unprocessed trauma, as did Freud’s first and only case study of a child’s phobia, Little Hans. Hans witnessed the collapse of a cart horse in a local park and thereafter became fearful of horses and heavily laden carts, either of which he worried might fall over at any moment.

Even though Freud couldn’t help but yoke some of his theories of infantile sexuality onto Hans’s concerns, most psychologists would now agree that for a sensitive child, witnessing the suffering of an animal, without having his anxiety sensitively processed with an adult empathic to his distress, could well lead to the symptoms described by Hans’s father to Freud. These were described in a series of letters exchanged between the two men about the boy’s mental distress.

At the age of two or three, Tony fell face-first into an oil slick, or was maybe helped along by one of his brothers, older than him by a few years, and already rivalrous with regard to how much attention Tony the youngest, was extricating from their harried, and emotionally parsimonious mother.  Wary of these substances thereafter (mud, oil, tar) a year later, the burgeoning phobia was given an added layer of anxiety when Tony, during a walk along Portsmouth harbour with his parents, came across some mudlarks.

Mudlarks were children, often orphans, who scavenged whatever they could from the mudflats of the Thames in order to sell their findings ( coals, bits of old-iron, rope, bones, and copper nails that drop from ships while lying or repairing along shore) in the rag shops and marine stores of the surrounding streets. The journalist and social researcher Henry Mayhew poignantly described their lot in his London Labour and The London Poor of 1851:

““At one of the stairs in the neighbourhood of the pool, I collected about a dozen of these unfortunate children; there was not one of them over twelve years of age, and many of them were but six. It would be almost impossible to describe the wretched group, so motley was their appearance, so extraordinary their dress, and so stolid and inexpressive their countenances. Some carried baskets, filled with the produce of their morning’s work, and others old tin kettles with iron handles. Some, for want of these articles, had old hats filled with the bones and coals they had picked up; and others, more needy still, had actually taken the caps from their own heads, and filled them with what they had happened to find. The muddy slush was dripping from their clothes and utensils, and forming a puddle in which they stood. There did not appear to be among the whole group as many filthy cotton rags to their backs as, when stitched together, would have been sufficient to form the material of one shirt.”

In Portsmouth, almost a hundred years later, little Tony, the son of a relatively well-off barrister would witness a slightly gentler, post-war, home-counties version of this. These mudlarks were probably not orphans, but the children of local poor families playing around in the muck near a part of Portsmouth Harbour known as The Hard, performing tricks and staging mud fights to amuse passers-by who might then reward them with a few pennies for their efforts.

Perhaps already traumatised by the near-drowning, Tony, sighting the mudlarks experienced a traumatic flashback, a kind of frozen moment of horror, terrified by what he was seeing, but unable to communicate this to his parents standing at his side.

It doesn’t take that much to condition us into a crippling phobia. John Watson and his lab assistant, soon to be wife, Rosalie Raynor proved this in 1920 by taking a little boy, known in the literature as Little Albert “on the whole stolid and unemotional”, happy to play with a white rat, a rabbit, a monkey, and gave him a little sonic-jolt him whenever he engaged with the animals.

They did this by thwacking a steel bar with a hammer just out sight whenever Little Albert showed some interest in the furry creatures. This would of course startle and alarm him, creating the association of an anxious feeling with the animals themselves. Over a series of weeks, Watson and Rayner managed to produce in the child a reliable but wholly irrational fear of not only the rat, rabbit and monkey, but through a process of generalization, of dogs, fur coats, cotton wool and even a Father Christmas mask.

All of this was done in the name of science, spearheading a philosophy and form of treatment called behaviourism, which would then, ironically enough, though not for Little Albert, become the main modality for working with anxiety disorders to this day. The primary clinical tool was exposure therapy used to desensitize the individual to the feared objects, activities situations, or their own anxious body-states. This is a form of therapy which I try to use at first with Tony.

Ironically, Watson himself had something of an achilles heel when it came to his phobia, nyctophobia, a lifelong fear of the dark. This had been instilled in him by his childhood nurse, as well as his mother, both fundamentalist Baptists, who told the young boy that the devil lurked in darkness and so if he went a-walking after sunset, the Evil One might snatch him out of the gloom and off to hell. His own behaviourist techniques didn’t seem to do much for him.  “As an adult,” his biographer David Cohen relates, Watson was often depressed, and these low moods exacerbated his phobia, “so that he sometimes had to sleep with his lights on”

And perhaps this is true of all therapy, other than the kind practised in crease-free case studies, there being no magic bullet, no ultimate cure-alls. As Beckett would say from the mouth of a somewhat hysterical Hamm in Endgame:  “You’re on earth, there’s no cure for that!”

Using exposure therapy with Tony over the years has slightly taken the edge off his mud fears, and psychoanalytic exploration of the developmental roots of the fears did give him some insight into all of the above, but his Hulk still persists, writing me embittered emails when I fail to do my bit in the eyes of his inner-child, Little Tony to soothe and console him. At these moments, there is only Hulk, rushing to the rescue of the little boy, frozen in horror on a bridge overlooking the harbour, a 1950s infant-version of Munch’s The Scream.

It is as children that we need superheroes the most. Tony needed a Superhero to rescue him when he feared as a child that he was going to be dragged into the waters of Portsmouth Harbour by the mudlarks, or drowned, face-first in a muddy pond, or an oil-slicked puddle by jealous siblings..

When Hulk’s around, someone’s going to get it. If Hulk is the Goody, angry, but on the side of Right, then someone’s got to be the Baddie, and so “wrong”. And for Tony, that Baddie needs to be me. The only way for me to be a good baddie is to recognise that his anger, like my own, springs from anxiety and frustration, and so we should try and not to become antagonistic in response to the activation of these parts. Our Angry Protectors, our inner-Hulks need forgiveness, not punishment. For as we’ll see later, stemming as they do more from unconscious processes, rather than willed, judicious cognitions, they genuinely know not what they do.

Bruce Banner’s analyst Dr Samson, hopes that insight might “cure” his patient. We find him in one Hulk comic book orchestrating an imaginal meeting of all of Banner’s selves, attempting to get them to accommodate each other. The end goal of his therapy, and perhaps all psychotherapy, is to bring Tony, Banner with greater constancy into (core) Self, encouraging him to gradually own and make space for his disavowed parts: the Angry Protectors and Controlling Managers, the helpless and hapless, disempowered  inner children.

But psychoanalytic, talking-therapy is perhaps just the beginning of the process when it comes to Mu and mu(d), the initial springboard into a multitudinous sea of selves and no-selves. For if we want to “manage” Anger, we might need to be willing to get down and dirty with it, jump into the mud and join those grubby, feral children.

This is perhaps what I need to do in order to manage my Hulk. But how does that work?