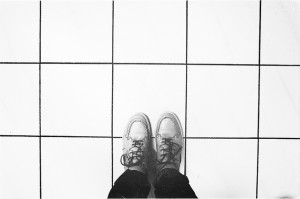 Six months into my Mu quest, perhaps I need to step out of my head for a bit at this point and make contact with others who might help me on this path. I also haven’t forgotten Max’s counsel to me to not try and do this Mu-thing alone (“on a wing and a prayer, a bone, a yelp”).

So with that in mind, I sit down and pen an email to Master B:

I’m not sure if you remember me, but in 1994 or maybe 1995, as a 25 year-old teacher having just moved to Rome after a break-up with my partner in Milan, I started attending sittings and retreats with you and the small group of people who at the time formed your now Centro Zen L’Arco.

These experience were extremely important for me on many levels. Even if at some point, maybe six months or a year later, I gravitated over to the Corrado Pensa’s Vipassana camp on the other side of town, where I then continued to practice after leaving Rome and moving to London a few years later. Still, I often think about those formative years in which you played such an important part as a kind of ambivalently interesting psycho-spiritual introjection for me.

When the internet came along, I would occasionally google you and your Centro, just to check that you were all still there, keeping your Soto-Zen flame alive, as it were.

I continued to teach into my 30s and then retrained as a psychotherapist about 15 years ago, building this new identity onto the foundations of those earlier experiences with you, and the teachers who followed on from your initial imprint.

In the last six months or so, I have been doing some writing and reading on the Mu koan. Although I am fascinated by the history and philosophy of Mu, my relationship to it is one that is almost entirely visceral and experiential. It started with me getting a dog, a puppy called Max, but then extended into other domains, particularly my own relationship with Zhaozhou’s answer, with let us say, the core frustration of Mu, or maybe better: with Mu as a metaphor for frustration, or perhaps even as a placeholder for that frustration, ranging from the domestic-sized, day-to-day irritations, to a more primal form of vexation and deprivation.

So I have started writing and meditating on all of this, in a kind of memoir-y way, which has led me back to thinking about my early forays on the so-called spiritual path in Rome in the 1990s, and the part you played in that. You, who although a peer in terms of age (you are maybe a couple of years older than me, I believe?), seemed at the time, and still now, much further along this path that I had begun somewhat haphazardly, but with great passion, to track.

I guess, in my psychic landscape, you became established at the time, and continue now to exist now as a kind of quasi paternal-slash-older-brother figure (aka a Sensei, or Maestro) which perhaps only now I have begun to see the value of.

So after exploring the Mu-koan and its literature for a while, I looked you up again and saw that you had, since the last time I’d done this, written a book on koans, which I have now ordered (my relatively fluent 1990s Italian is somewhat rusty, but still proficient enough for the receptive parts of communication: reading and listening).

As you know only too well, a student of any given koan requires a teacher to help him process his ongoing enquiry. So I have been wondering if this is something you would be interested in helping me do?

I’m not sure how this would work as I am in London and you are in Rome. Could one do this via Skype, or in some kind of written format? Would you charge a fee for this? If so, could you give me some idea of what that would be?

But more generally speaking: would this be something you might consider, Michele? Or if not, could perhaps suggest or refer me to someone you know who might be happy to do this with me, and who maybe has some kind of investment in Mu themselves? Maybe even another koan-explorer-cum-dog-owner like me?

Regardless of whether you would be able to do any koan work with me, I would also appreciate at some point, maybe after I have read your book, doing an interview with you for this Mu project? Would that be a possibility for you? We could either do it in English, as I know your command of the language is excellent, but also Italian would be fine (maybe me asking the questions and formulating my stuff in English, and you replying in Italian?).

Whichever of these options might work for you, or not, I would be most interested in your thoughts and response to any of this.